Queensland Police have paid tribute to former racehorse and police horse Chief de Beers who “valiantly served” the force and the people of Queensland.

He started off as a racehorse and was a celebrated champion.

Affectionately known as “the Chief” he was donated to the QPS in 1999.

He died on Friday in Victoria.

His former handler, Acting Sergeant Belinda Worthington, said they just “clicked” and had quite a few stories to tell, including breaking up fights, entering a bushfire and more.

“He was my main patrol horse for around nine years, and the horse I used for ceremonies,” she said.

“His gutsy temperament was also his strength.

“You couldn’t use force to retrain his instinctive and programmed racing behaviour.”

Chief de Beers retired from the QPS in 2012, where he was given a Vice-Regal send-off, before moving to Living Legends in Victoria to see out his retirement. 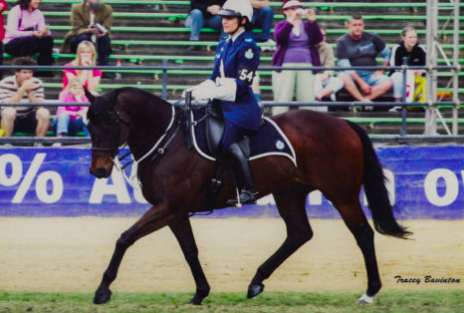