Indooroopilly Councillor James Makay has come under fire after taking self-promotion to the streets with wayfaring stickers.

The stickers direct students along a safe route from Queensland Academy for Science, Mathematics and Technology to Taringa Station.

Originally, the stickers were framed by a white outer ring reading “supported by Councillor James Mackay”.

Opposition Leader Jared Cassidy slammed the stickers for “hijacking the footpaths with advertising”.

The white rings have since been manually removed. (See photos below)

“It’s quite hilarious that James Mackay’s put these stickers up like a great councillor that he is, showing kids how to get to school safely, and then when he got called out, someone pulled out the Stanley knife and cut it off,” said Neil Breen 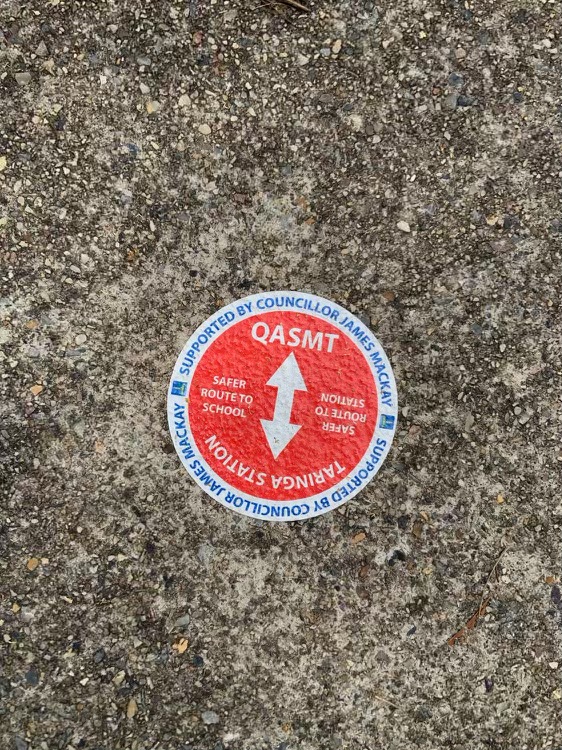 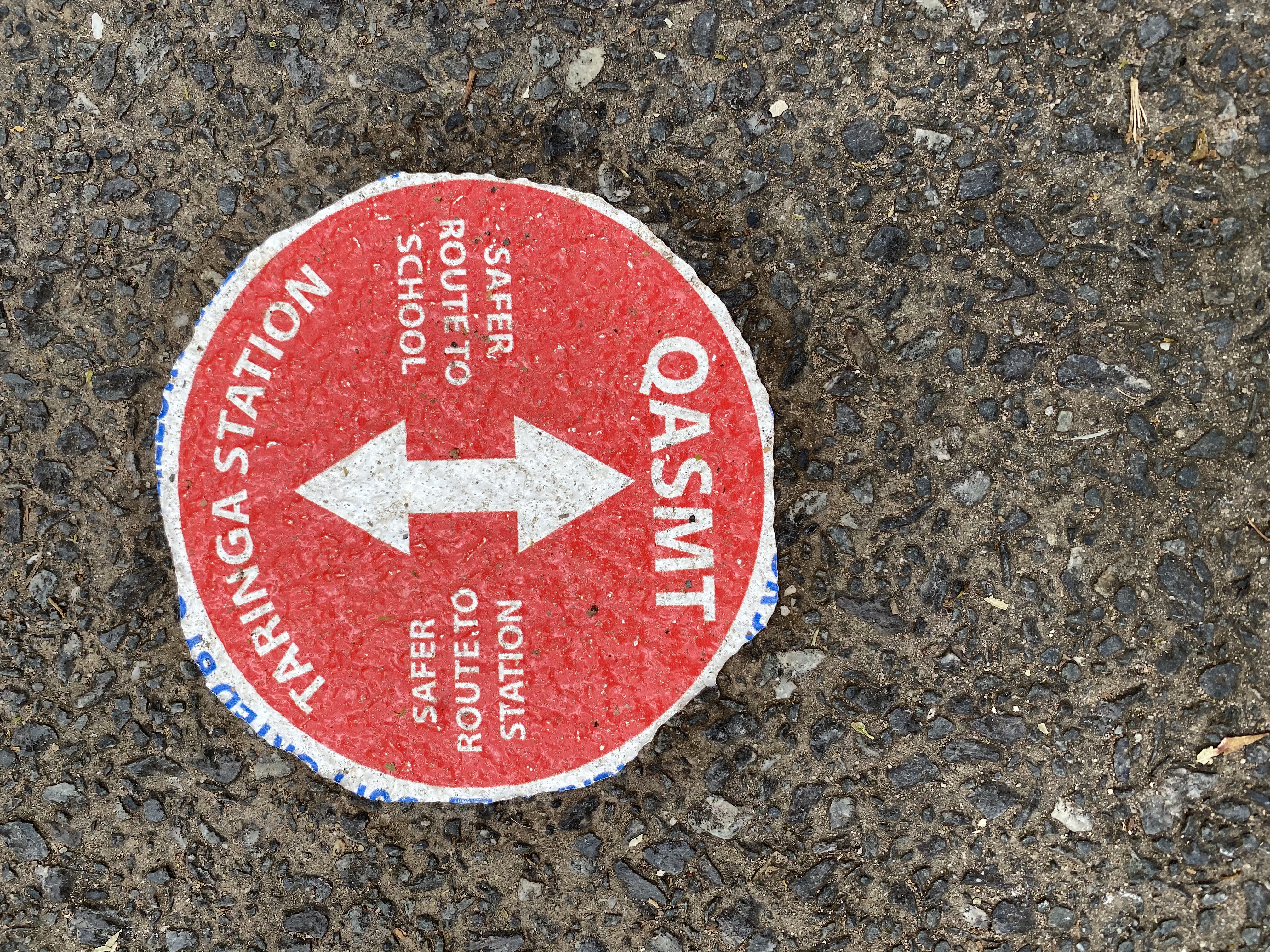 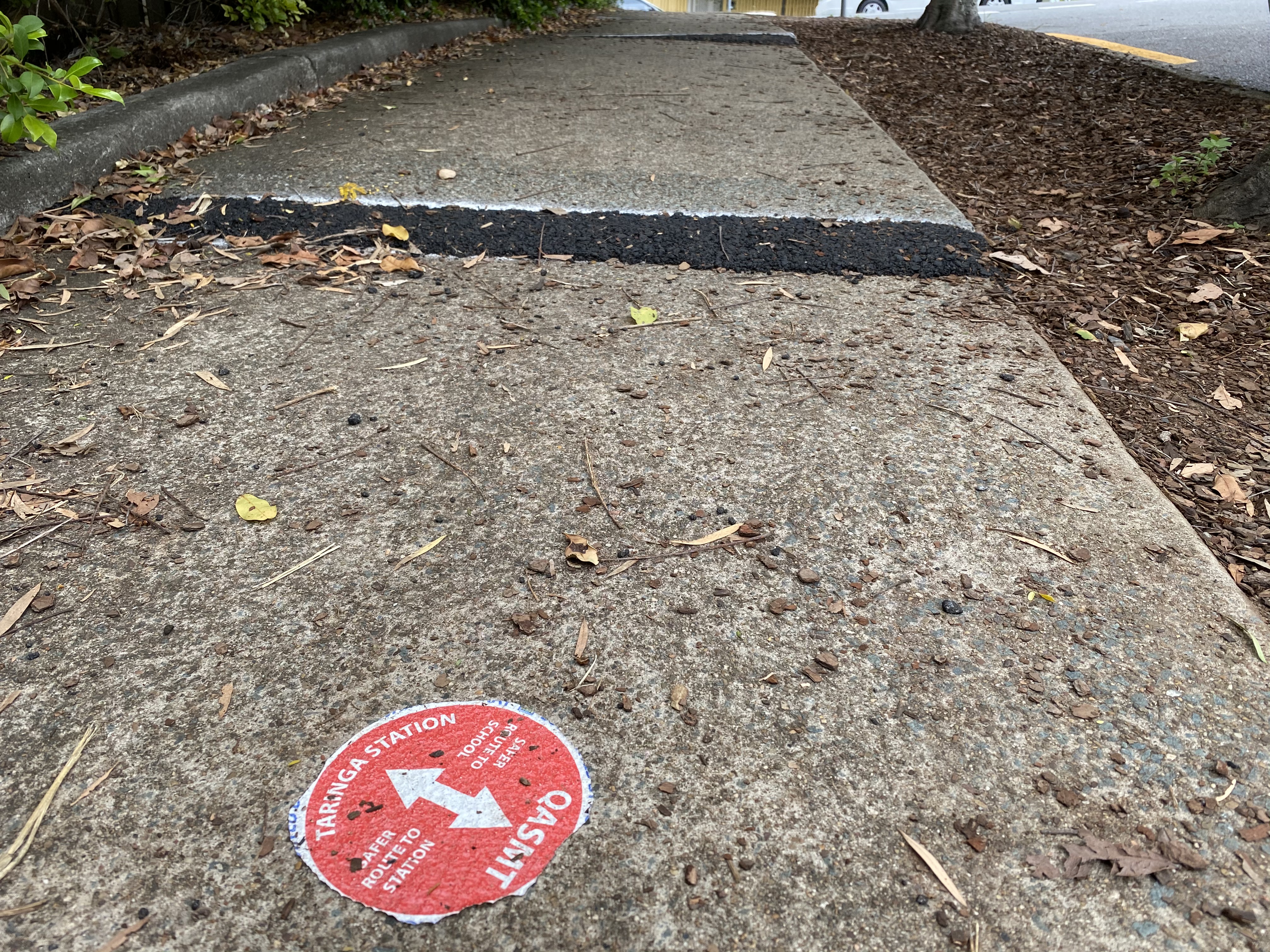 Press PLAY below to hear Neil Breen’s comments in full