Ray Hadley has finally come face-to-face with Telstra CEO Andy Penn after he called him “completely and utterly useless” for his handling of customer complaints.

The Ray Hadley Morning Show has been inundated with stories from listeners who are sick of dealing with offshore call centres and being left without internet for months.

Telstra CEO Andy Penn came into the studio to answer Ray’s questions about the NBN, offshore call centres and responding to customer complaints.

Although the NBN rollout has caused internet connection issues for thousands of Australians, Mr Penn insists the situation isn’t actually that bad. 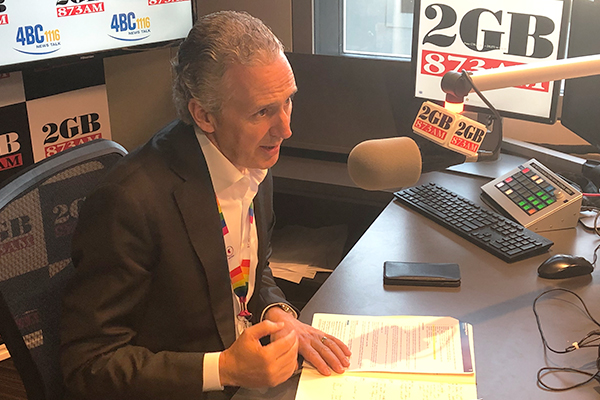 “Complains actually are coming down. The telecommunications ombudsman published the quarterly complaints only yesterday, they’re down another 15 per cent.

“They’re actually at their lowest level since 2015, before the NBN rolled out.

“Having said that, I will be the first to admit we do see lots of situations where customers are having a poor experience and we’re working hard with the NBN to try and make sure we can address that.”

But Ray says he needs to realise the gravity of the issue.

“Do you understand that those poor experiences are exacerbated by phone calls to other parts of the world?”

‘You are completely and utterly useless’: Ray Hadley’s message to Telstra CEO