The typo that’s right on the money

Numismatists around the country are reaching for their magnifying glasses after the discovery of a typo on the new $50 bill.

46 million of the notes have gone into circulation since they were first released last October and no-one noticed until now.

The word ‘responsibility’ is mispelled in the microprinting just over Edith Cowan’s shoulder.

Andrew Crellin is the President of the Australasian Numismatic Dealer’s Association and tells Mark that he was none the wiser until the news broke this morning. 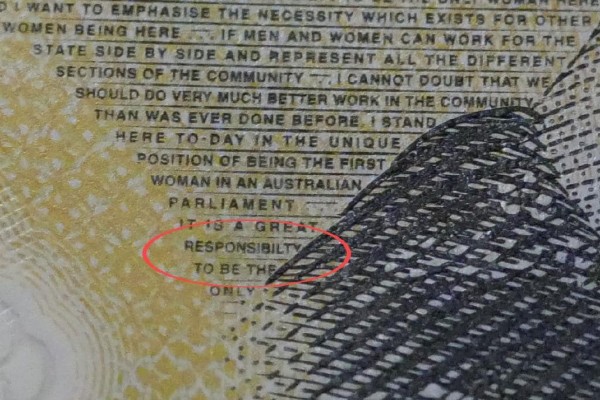