The ScoMo Express pulls into Brisbane

The next election may still be six months away but Prime Minister Scott Morrison isn’t letting the grass grow under his feet.

His ScoMo Express is on a four day swing through Queensland selling the government’s economic achievements and announcing plans for the state.

Queensland is where the next election will be won or lost and the Prime Minister tells Mark he is acutely aware of the state’s importance politically and economically. 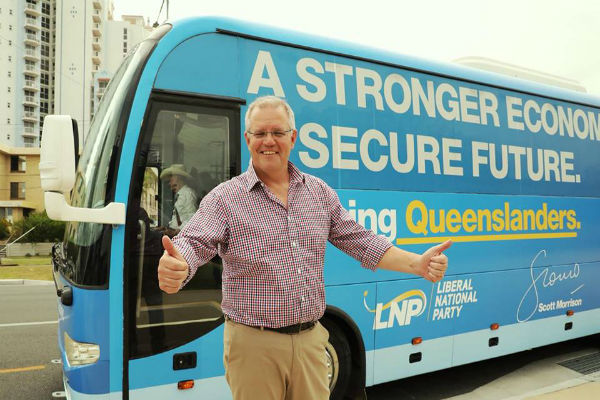