The Jersey Boys are coming back to Brisbane

Since it debuted on Broadway in 2005 Jersey Boys has been an internal phenomenon selling 25 million tickets worldwide and collecting dozens of awards and honours.

A new production telling the story of Frankie Valli and the Four Seasons will open at QPAC next January for a strictly limited seven week run.

The last time the musical played in Brisbane was 2012 and the Jersey Boys.. Ryan Gonzalez, Cameron MacDonald, Thomas McGuane and Glaston Toft.. took time out of their busy schedule to join Mark in the studio. 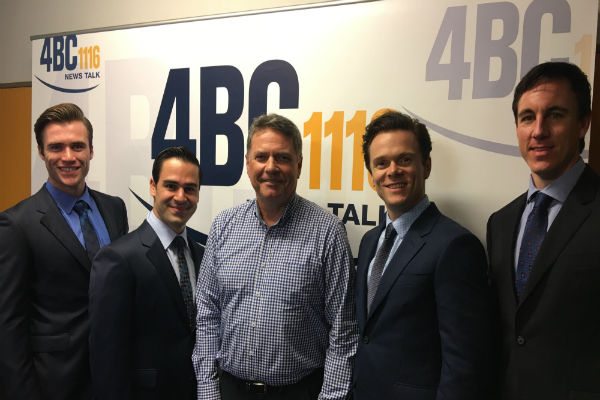