He’s not a household name – but he should be.

Brendan Hain was the last person to carry the Queen’s Baton before the Commonwealth Games opening ceremony.

Brendan has cerebral palsy, after a near drowning accident at the age of two. He was nominated as a participant in the relay by Sailability Gold Coast where he has been a member for the past 16 years. He sails his boat by using electric controls.

Ben spoke with Brendan’s father, Gary who couldn’t be more proud of his son. 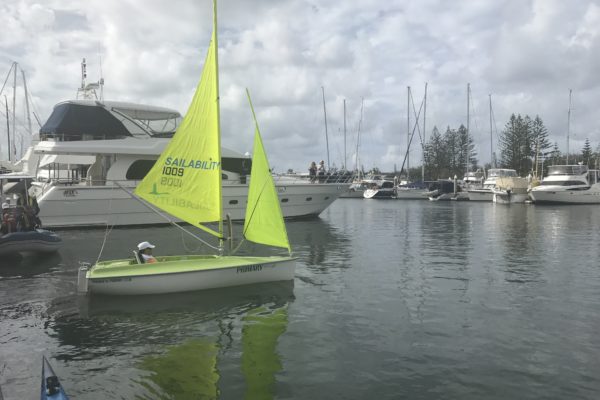