Remembering a long march to the Great War

In 1915 as the slaughter at Gallipoli was drawing to a close Prime Minister Billy Hughes put out a call for more troops.

The appeal was answered with what became known as recruiting marches as young men in country areas travelled on foot, growing in number, as they wound their way to recruiting centres.

The only one staged in Queensland, The Dungaree March, has been honoured with a new memorial in Warwick.

Australian War Memorial historian Michael Kelly tells Mark that it was gruelling 270 kilometres from Warwick to Brisbane which cost some would-be recruits their chance. 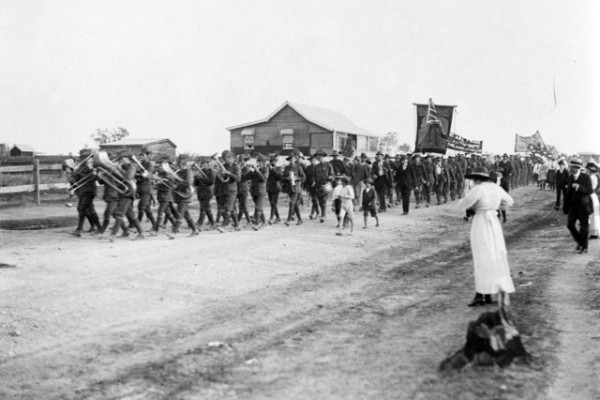