RATEPAYERS TO FORK OUT $58 Million for Riverwalk

The Brisbane City Council has approved spending $58 Million dollars on the Indooroopilly Riverwalk.

The high cost of the riverwalk was questioned in council meetings earlier in the week, after the council announced the original $8 million first stage of the bikeway would be combined with the planned second stage and upgraded to a riverwalk late last year.

The riverwalk will connect the Western Freeway Bikeway and the University of Queensland, taking cyclists off the main roads and onto dedicated cycling connections.

Deputy Opposition Leader Cr Jared Cassidy tells Mark the money is better off spent elsewhere, while Deputy Mayor Cr Krista Adams says it will be a vital piece of infrastructure. 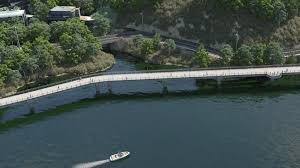