Monster pumpkins are a family affair

The annual Giant Pumpkin Competition for the Ekka has been running since 1876 and attracts some truly gargantuan vegetables.

Tony Frohloff from Minden, halfway between Gatton and Ipswich, has taken out the top prize with a pumpkin that tipped the scales at 254.5 kilograms.

Tony tells Mark he was a little disappointed though because he had been on track to break his father’s all time giant pumpkin record. 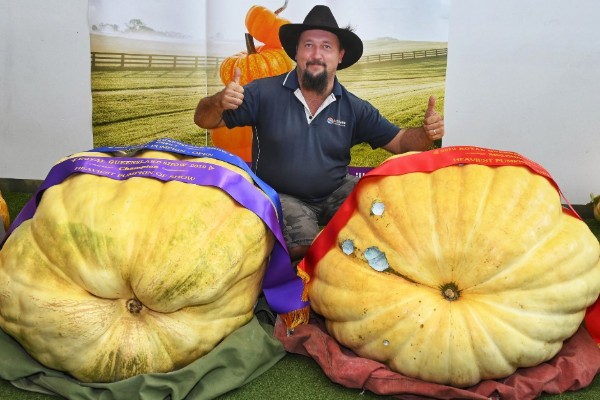