Fire impacted dairy farmers on the New South Wales South Coast are continuing to milk their cows as fires burn on surrounding properties.

Conditions flared up in the dairy producing Bega Valley on New Years Eve, destroying hay sheds and other farm infrastructure.

The New South Wales DPI has confirmed 2,800 livestock have been killed in the state’s South East, but that figure is expected to climb.

The intensity of the smoke has left farmers not knowing if their paddocks have been impacted.

“One of the biggest issues, is you really don’t know where the fire is, because of all the smoke that’s lying around,” Mr Guthrie said.

Power has been cut to several properties, but luckily most dairy farms had access to generators.

“You don’t only have to feed your cows when you get a fire, but you’ve got cow welfare to look after, if you can’t milk your cows for two, three, or four milkings, you end up with problems with Mastitis and all kinds of things,” Mr Guthrie said.

The work of Local Land Services and DPI in the region is being praised, as they bring feed in to ensure cattle don’t go hungry.

“Some of the farmers have lost their own grazing, I’m not sure about their fodder reserves, whether they’ve lost them as well, I know some people have lost hay sheds and that kind of thing.”

Dairy Australia has confirmed less than 100 dairy farms have been impacted by fires across the country.

It includes the loss of two dairy farms in New South Wales.

“Some farms are disposing milk in areas with power outages or where access issues are preventing tanker pick-ups or low power supply is preventing the cooling of milk. It is too early to estimate the impact on herd numbers and milk production.”

Listen to the full interview above or Subscribe to the National Rural News podcast: http://bit.ly/RuralNewsPodcast 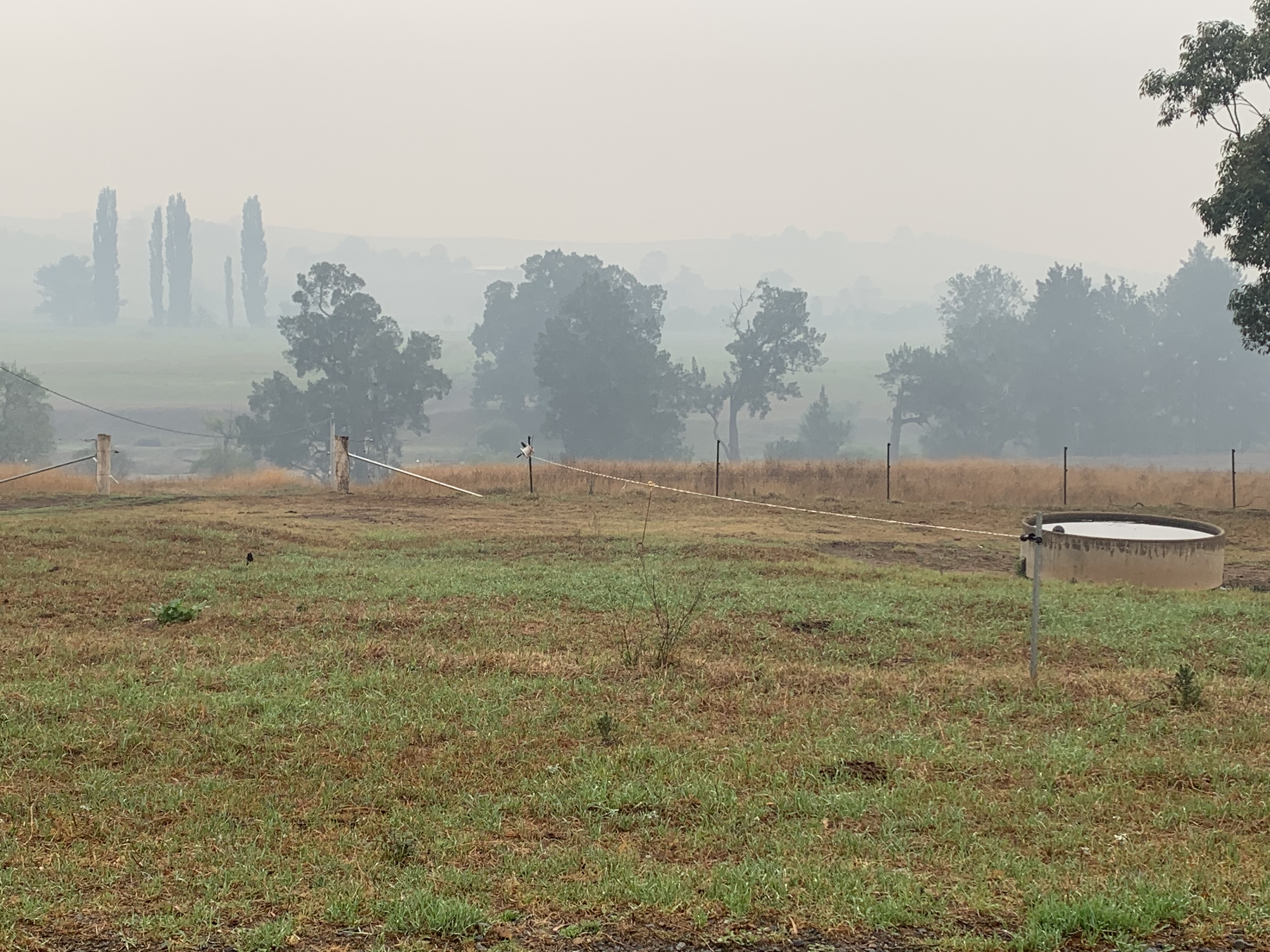