Dubbed, ‘Australia’s Uncle’, Bob also received a replacement Legion d’honneur medal after his original was lost in the blaze.

A Gunner on a Lancaster Bomber, he was awarded France’s highest Military honour for his actions on D-day, repelling the Germans.

Losing almost everything in the fire, Ben found out Bob hasn’t lost his sense of humour. 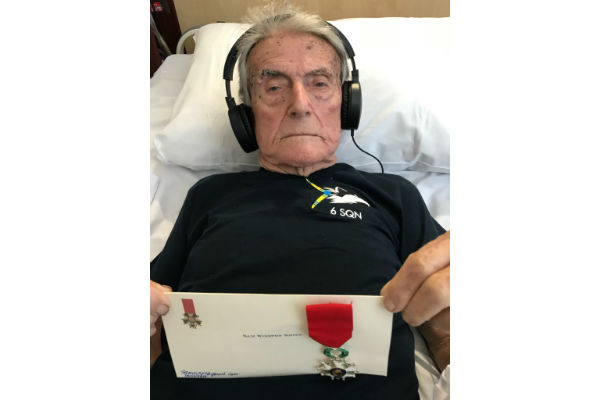