Thanks to Craig from West End for sending me this pic of the crash on Coronation Drive Inbound at the Go Between Bridge.
Delays are back to Toowong @NewsTalk4BC pic.twitter.com/l4FLBZE43g

While a crash on the Bruce Highway at Mango Hill has been moved to the shoulder of the road, delays have stretched back to 12 kilometres.

Another crash on the Ipswich Motorway is causing 10 kilometres of delays for eastbound drivers, with delays spilling to nearby motorways. 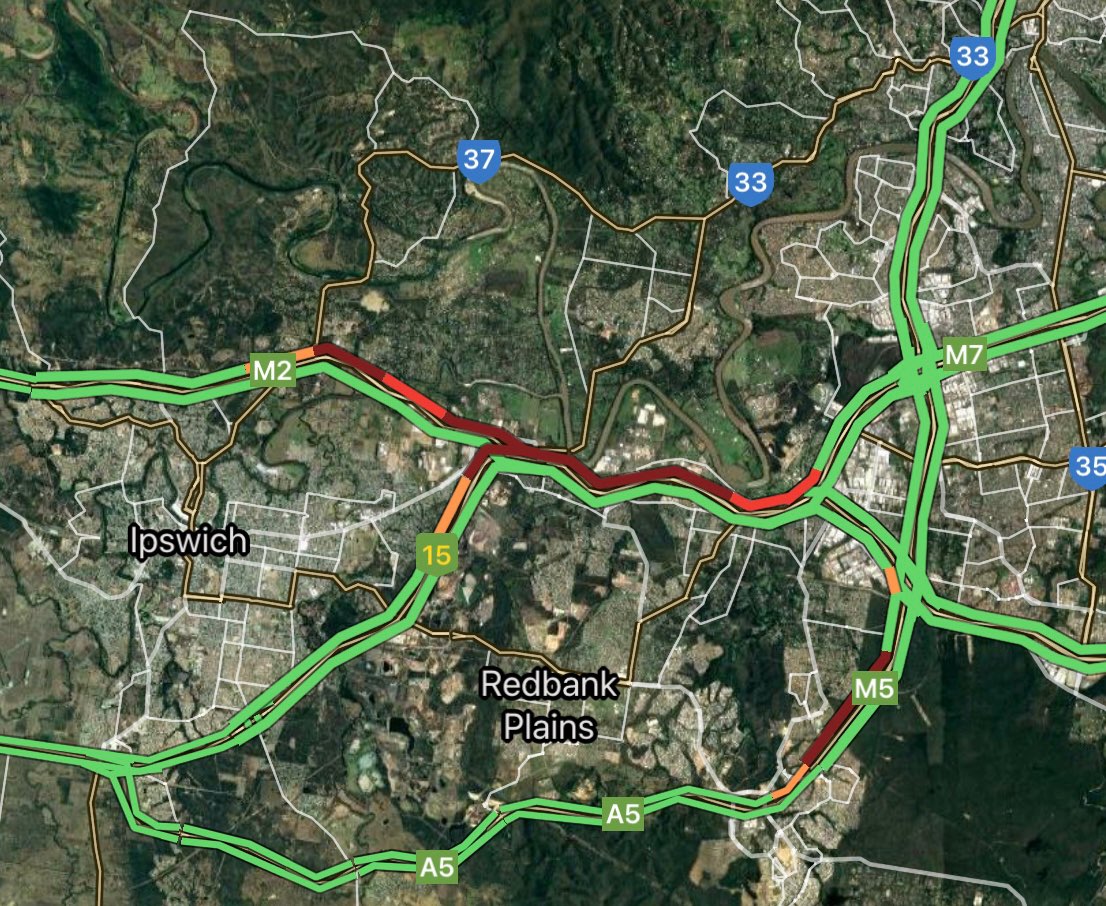 “It seems like rain and greasy roads to not mix,” Olympia said.

Overnight, three people were killed and several others injured in two separate crashes on the Bruce Highway.

Initial investigations suggest around 6.30pm a truck and Mitsubishi Lancer travelling in opposite directions collided near Barrett Road at Mutarnee.

The Lancer veered off the highway near Ollera Creek Bridge and its driver, a 27-year-old Bambaroo man, died at the scene.

The truck driver, a 60-year-old Beenleigh man, sustained serious injuries and was transported to hospital for treatment.

Around midnight, a separate crash occurred two kilometres north, with early investigations suggesting a Toyota Landcruiser crashed into the rear of a stationary Mazda 3.

The Mazda 3 then crashed into a Mitsubishi Lancer, which in turn, hit another four-wheel-drive.

The Bruce Highway is expected to be closed in both directions until mid-morning.