An Extinction Rebellion protester has suspended herself over an overpass in the Brisbane CBD this morning, blocking access to the inner city bypass.

The tipi-like tripod structure on the Hale Street overpass on Coronation Drive caused around 12km of heavy delays.

The protester livestreamed the whole event on Facebook, and says she is blocking traffic “to let the population know there are people pushing for net zero emission by 2025 and we have a plan to get there using a strategic campaign of civil disobedience.” 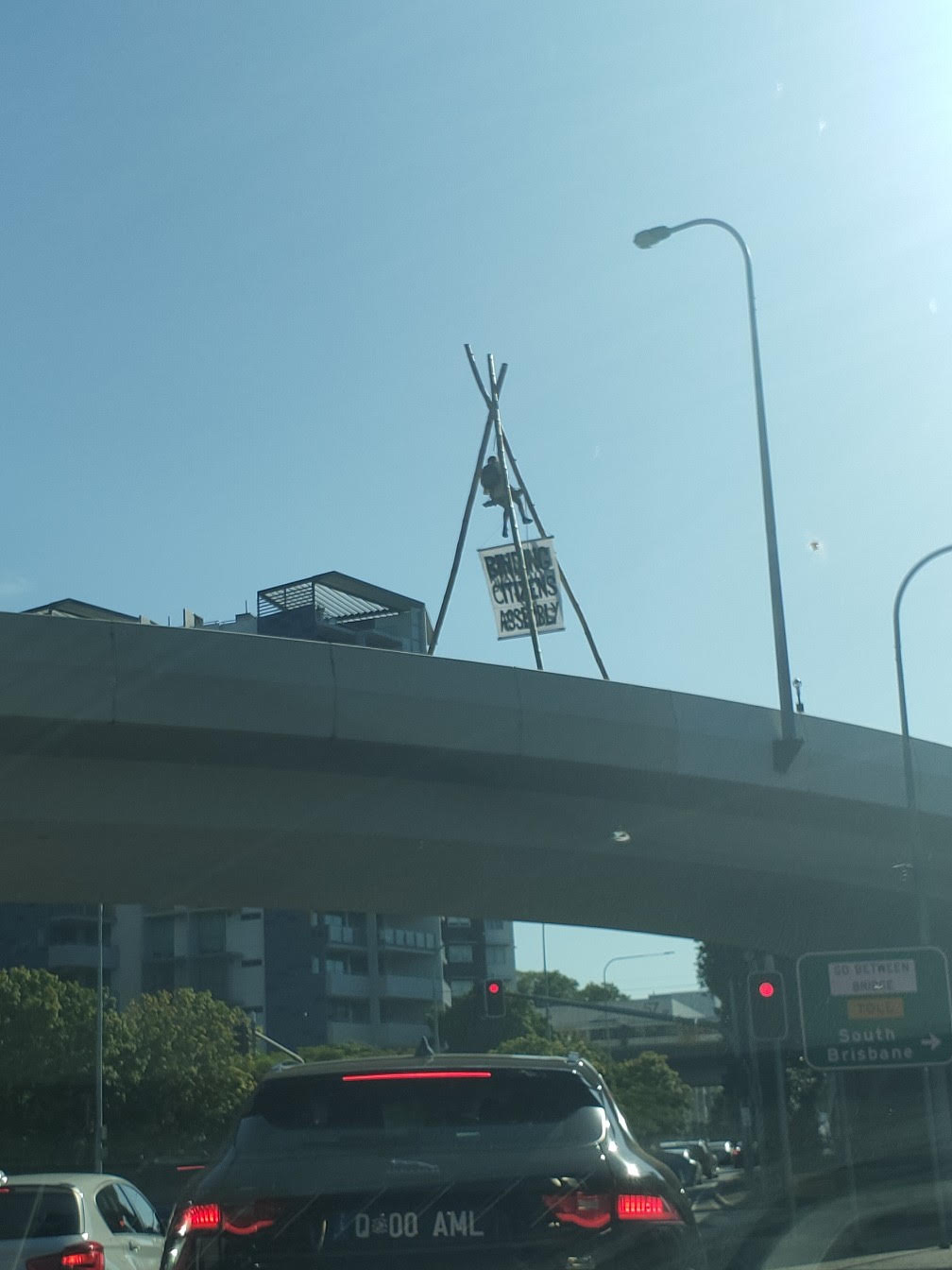 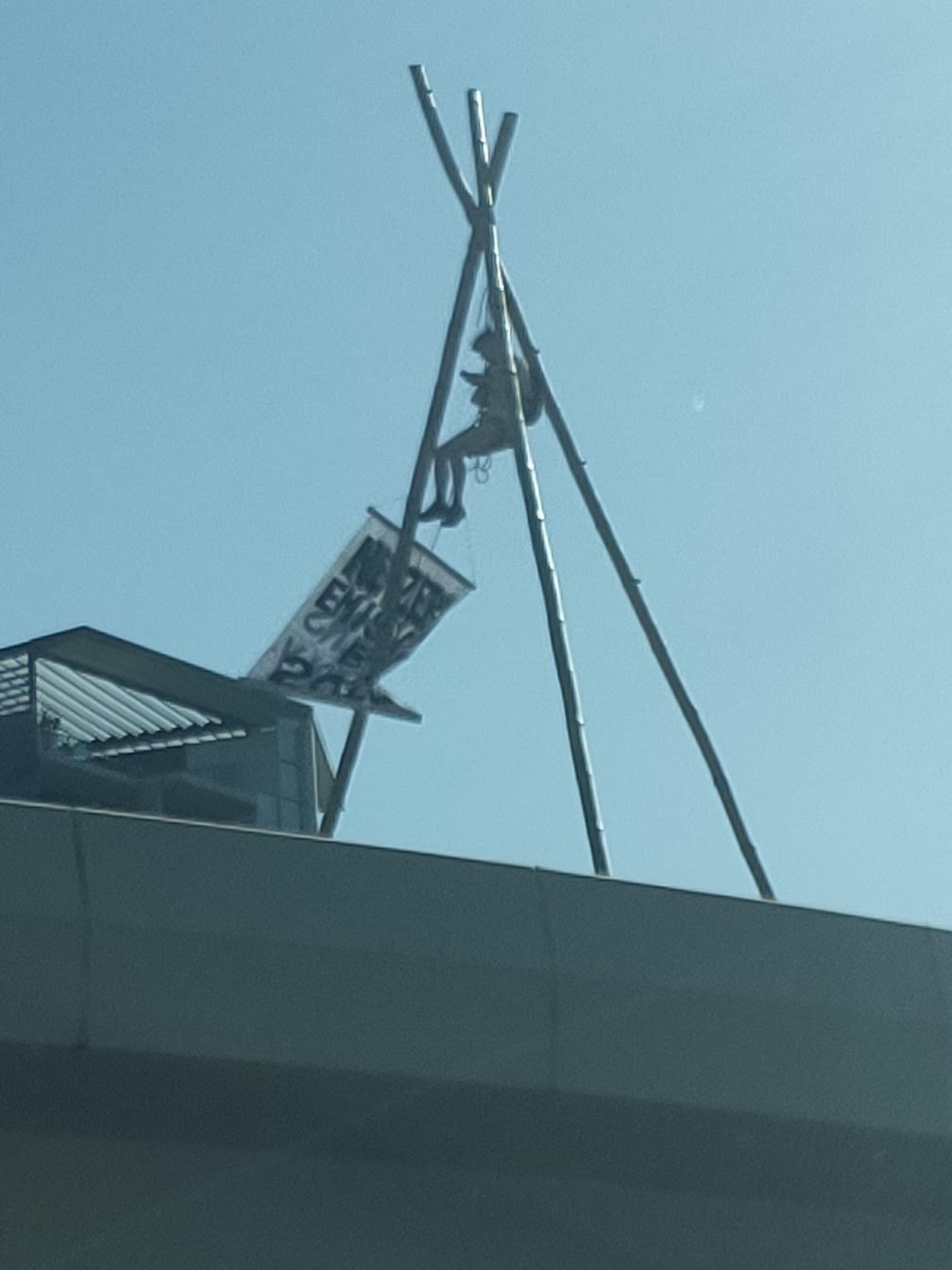 “There’s been some lunacy.

“For her to suspend herself above it, she got some help no doubt. Didn’t anyone from … the Queensland Police notice what was going on?

“Before they even set up the coppers [should] get down there and say ‘take your poles and nick off’, but insetad of that you’ve got the CBD … held to ransom by some lunatic!”

After more than three hours, police and emergency services were able to disentangle the protester.

Nine News reporter Sophie Upcroft told Ray she has been handcuffed and will be taken to the Brisbane watchhouse following a medical assessment.

“What they’ve done in the past hour or so is cut each of those legs down, foot by foot, until they finally just lowered her on the ground.”