A dog is responsible for raising the alarm as two boats moored at Sandstone Point have been ravaged by flames overnight.

Preliminary police inquiries suggest just after midnight June 10, one of the boats moored at a marina on Spinnaker Drive caught fire.

The skipper was alerted to the inferno by his dog and attempted to fend the flames. 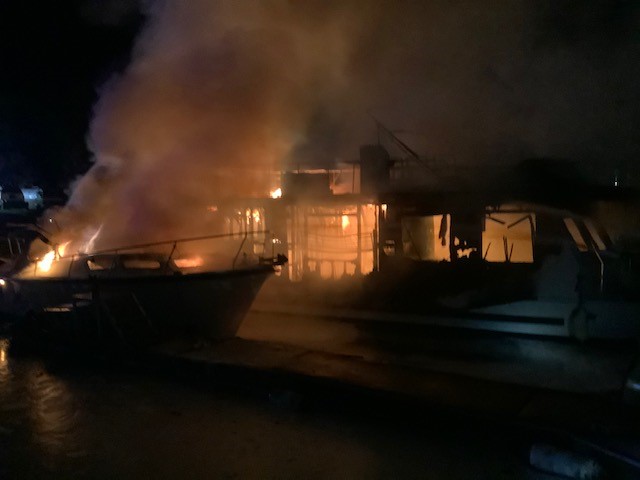 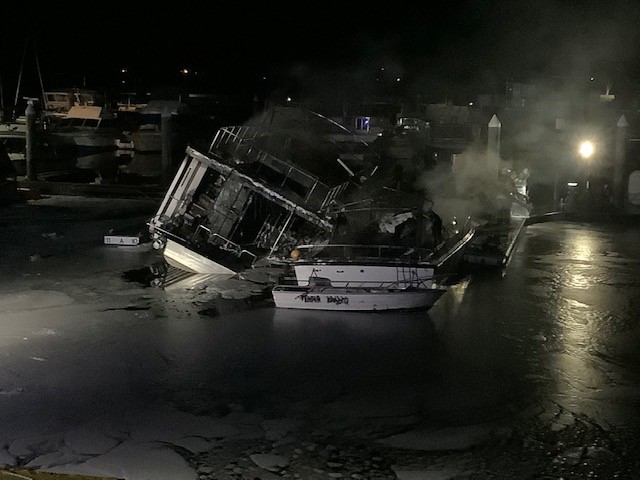 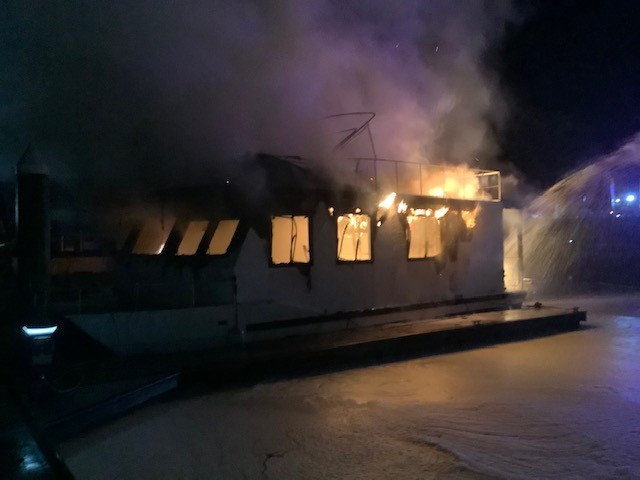 The boat moored alongside the first also caught alight and both were destroyed.

Police have declared a crime scene and are appealing to the public for footage or further information on how the fire broke out.