Nine News Queensland reporter Peter Fegan has snapped a most unusual photo at the launch of the Redcliffe Dolphins’ NRL expansion bid.

“I won’t say cuddling up, but you were united at least,” Scott Emerson said.

“Well, there’s no cuddling, just to clear that up, Scott,” Mr Dutton replied. “I don’t want you to conjure up images in your mind you can’t cope with!”

Mr Dutton said the pair were working together on road issues, as their electorates overlap in Moreton Bay.

“I think people want to see us working together and today, that’s what we did.”

Ray Hadley was captivated by the sight.

“Here’s something you never see … a photo of Peter Dutton smiling next to Steven ‘Giggles’ Miles. 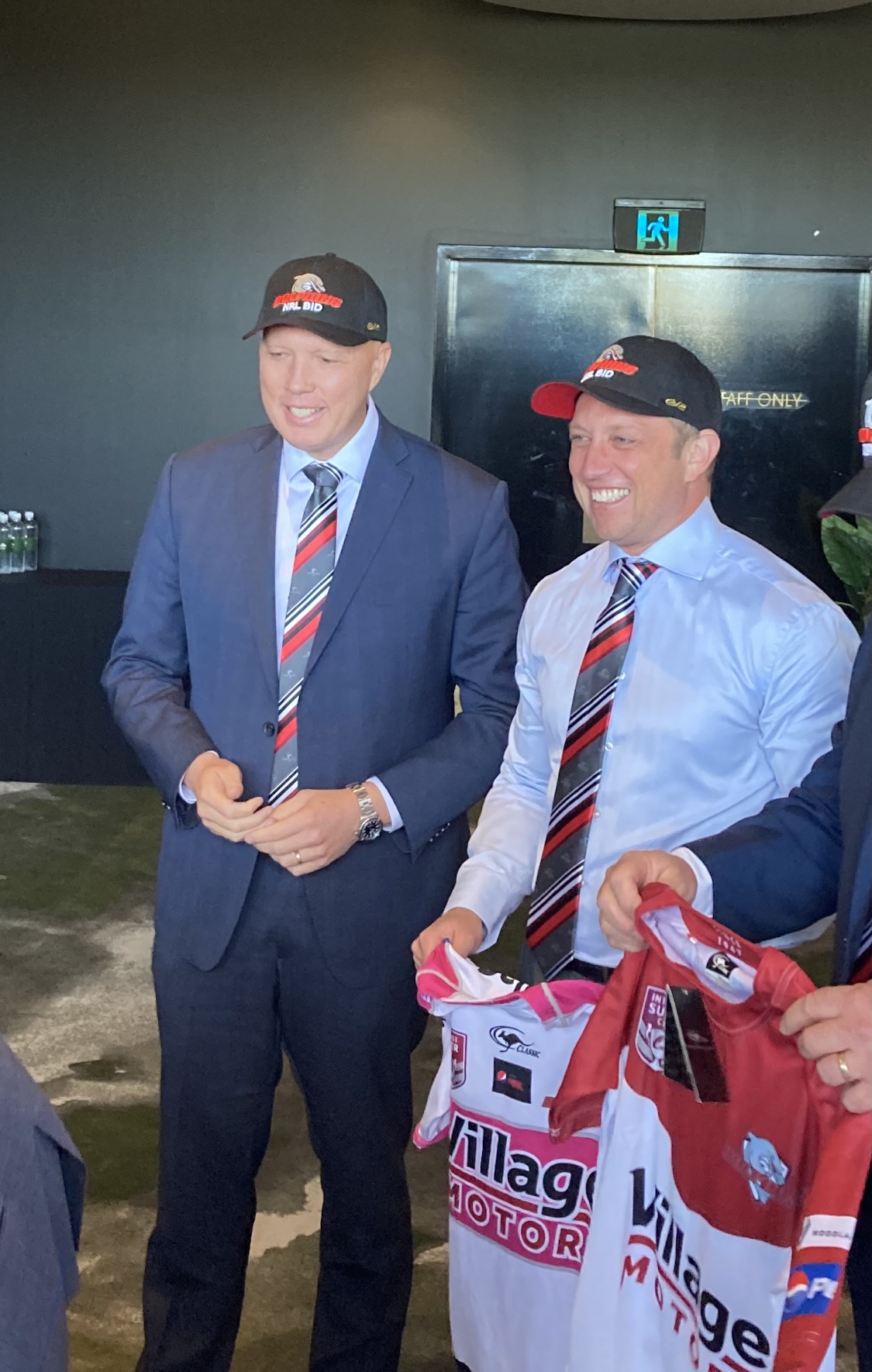