Brisbane Water Police have come to the rescue of three ducklings after they became separated from their mother.

Officers came across the lost feathery trio swimming through the Port of Brisbane near the cruise terminal.

Police managed to scoop up two of the ducklings.

The third remained defiantly in the water, but was unknowingly guided by officers back to its mother.

Police were happy to see the family safely reunited! 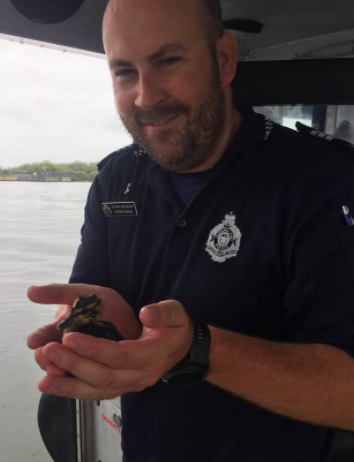