A young Australian man trapped in Wuhan, China has shared shocking footage of the now-desolate city with Deborah Knight.

21-year-old Daniel Ou Yang has been there for two weeks visiting his grandparents and can no longer get out with the city in lockdown due to the coronavirus outbreak.

Daniel’s apartment sits in the centre of the city of 11 million people but, as the video shows, the streets are now deserted.

“That definitely put a bummer on the [Chinese New Year] festivities but we try to make the best out of it.

“The thought of this spreading and growing and more people becoming infected is always worrying us, that maybe one of our family members is next.” 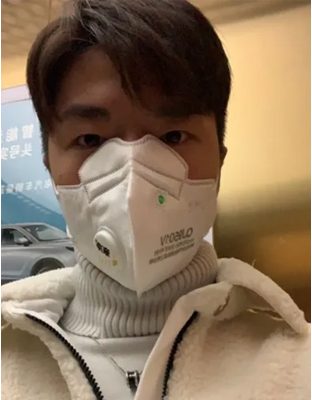 The death toll has now climbed to 131 and more than 400 Australians are trapped, with Prime Minister Scott Morrison announcing an operation to evacuate them.

But Daniel tells Deb he has “mixed feelings” about the plan with all evacuees to be quarantined on Christmas Island for 14 days.

“I’m not sure how I feel about Christmas Island as the destination for quarantine. I’d rather it be in Australia.

“I feel I’m not being treated much as an Australian but more as an outsider at the moment with this kind of solution.”