The tsunami watch alert has been downgraded to a beach and marine threat following a 8.1 magnitude earthquake off New Zealand’s North Island.

Thousands who had to evacuate their homes on Friday morning are now being told they can return but are still advised “to not get in or near the water” around coastal areas.

“It is now a ‘beach and marine’ threat they’re calling it, which means there is still advice to not get in or near the water on New Zealand coastal areas but thankfully it does mean those who had to evacuate this morning are able to finally head home.”

Click PLAY to hear the latest from New Zealand below

The Bureau of Meteorology has since updated the warning as a threat to the marine environment. 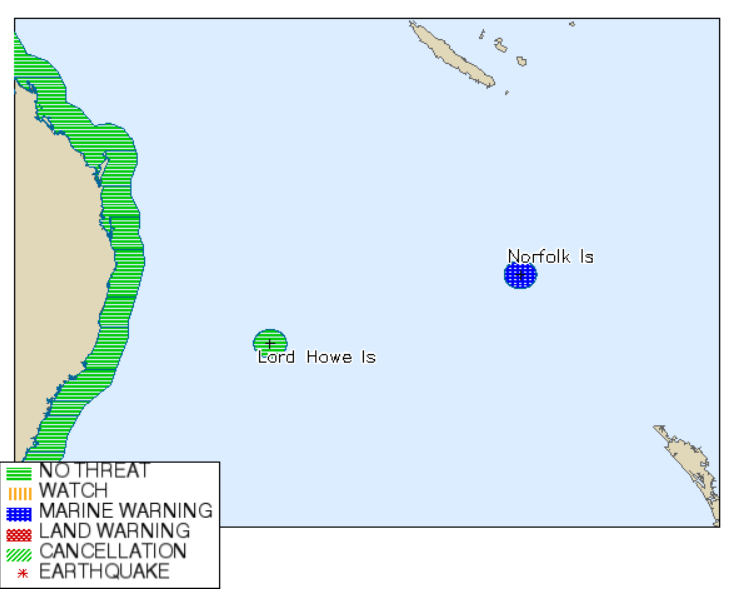 Dangerous rips, waves and strong ocean currents along with localised overflow to the immediate foreshore were warned to commence after 10am local time, 8am Brisbane time.

These conditions are expected to persist for several hours.

Earlier this morning, two quakes of 7.2 and 7.4 magnitude shook the NZ coast.

Weather guru Justin Noonan told Neil Breen the 8.1 magnitude earthquake was the strongest earthquake in the world over the last three years.

The 2011 earthquake that hit Christchurch was a 6.2 magnitude.

Townships along the eastern coast of New Zealand were evacuated, including from Bay of Islands to Whangarei, Matata to Tolaga Bay including Whakatane and Opotiki and Great Barrier Island.

“It’s very heavy traffic-wise trying to get out of places like Whakatane and all that.”