The truck which ploughed through a Wollongong McDonald’s yesterday has been found to have major defects.

The truck caused havoc at Fairy Meadows on Monday when it lost control travelling east down the notorious Mount Ousley Road hill.

Luckily no one was killed, but three people were treated for injuries.

Ray Hadley has revealed the vehicle involved in the smash was inspected last night and has been found to have faulty brakes.

RMS Director of Compliance Roger Weeks tells Ray Hadley the truck has been issued with a major defect notice.

“The rear axels, none of the brakes were working effectively,” he says. 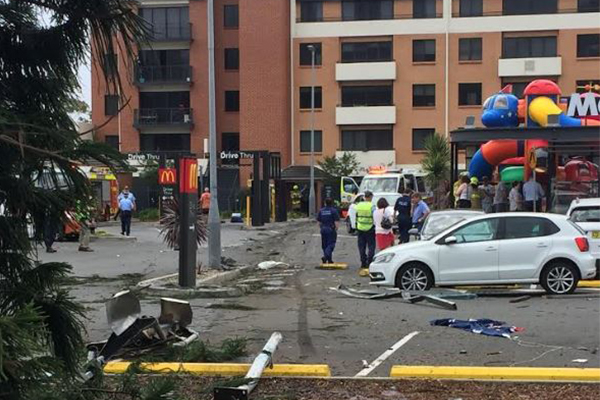 The scene of the smash at Fairy Meadows

Police have ordered the company – Hari Om Transport – to deliver all their vehicles to the Wetherill Park inspection station and checks are underway.

Three other vehicles have been examined so far, with the RMS finding an array of defects, including faulty brakes, bald tires and oil leaks.

“We’re going over all of their vehicles with a fine-tooth comb,” Mr Weeks says.

“We want to make sure before they get back onto the roads they’re in the required condition.”

“It’s a miracle that we’re not talking about a number of deaths today,” says Ray.

Out of control truck smashes through Wollongong McDonald’s