Traffic backed up amid M1 multi-vehicle crash and blanketing fog

The M1 is bogged down with traffic after the Coomera River Bridge, where a multi-vehicle crash took place.

4BC traffic reporter Olympia Kwitowski reports up to six cars were involved in the crash, which could cause delays of up to two hours on the M1.

While the crash has been mostly cleared, with all lanes but the right reopened, delays remain back to Nerang as at 7.15am.

A frustrating morning for drivers on their way to Brisbane from the GC. A seven car crash on the M1 northbound at Coomera is causing lengthy delays. @9NewsGoldCoast pic.twitter.com/p1wrEXHqxt

Police put diversions in place via the Hope Island exit, but Olympia suggests drivers could also take the Helensvale North exit and travel along Entertainment Road through Oxenford.

The driver of the vehicle may have initially had a medical episode, during which their car crossed multiple lanes and hit the guard rail.

Queensland Ambulance has confirmed a stable patient was transported to the Gold Coast University Hospital.

RACQ is urging drivers to slow down on their morning commute, as fog has reduced visibility.

Headlights should be turned on and extra stopping distance will be needed.

Colin Andrews captured an image of the fog blanketing the city. 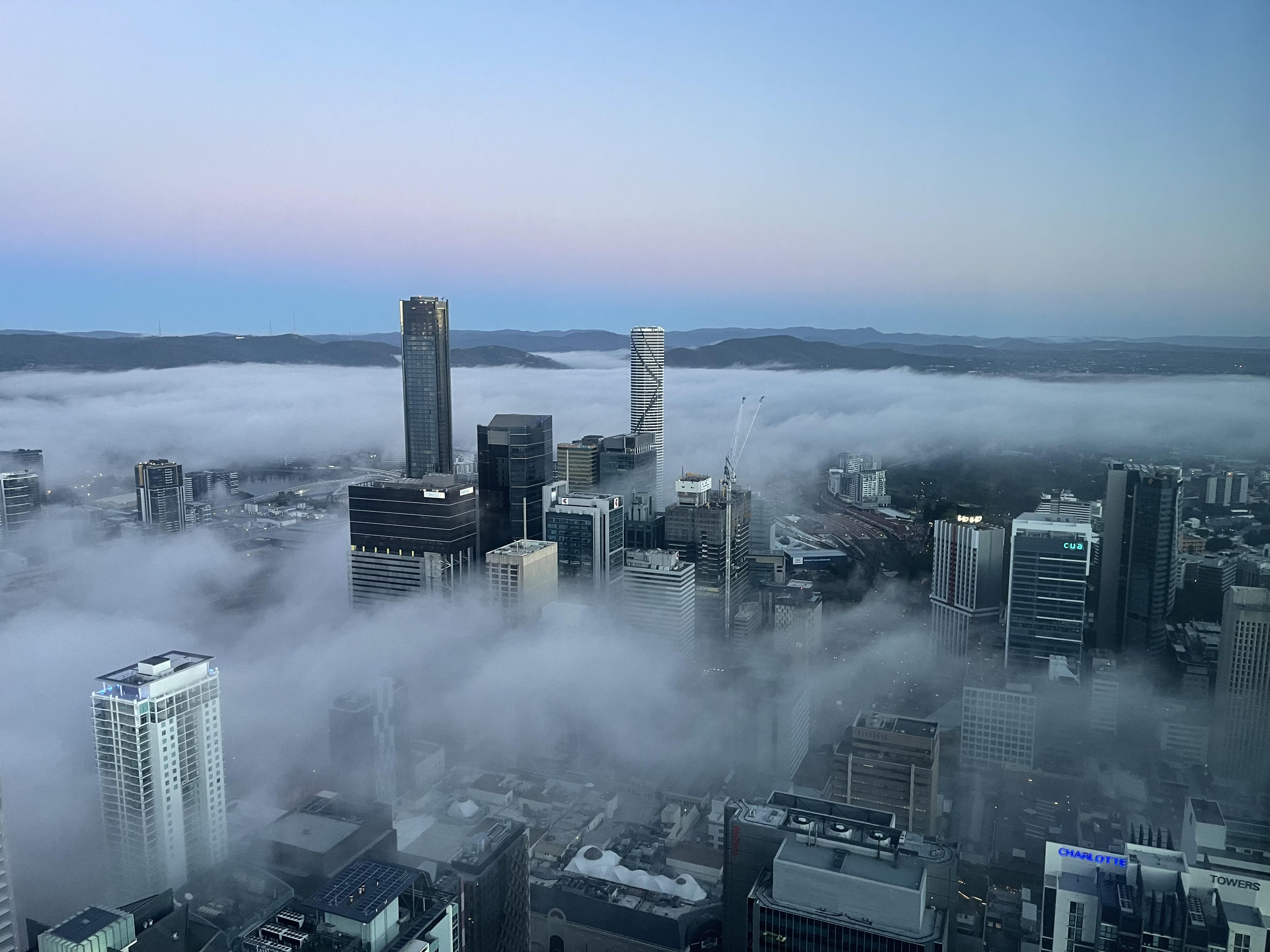