‘The process has been a farce’: State government under fire amid fears of Coomera Connector go-ahead

Angst is reportedly building in Logan as the state government forges ahead with a plans for the northern section of the Coomera Connector.

The first contracts for stage one of the project, which is designed to ease congestion on the M1, were signed yesterday.

Stage two will see the road extended to connect Coomera with Logan, but could see large chunks of the Eagleby Wetlands wiped out.

Wildlife surveyors say the area qualifies for the Environmental and Protection Biodiversity Conservation Act, which covers properties of environmental significance and those offering shelter to migratory birds. 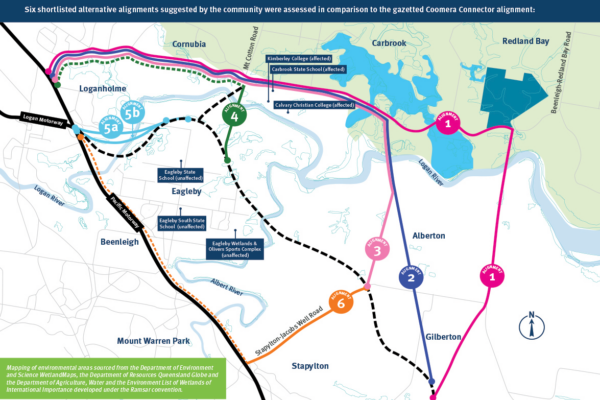 “The whole community consultation process has been a farce, to say the least.