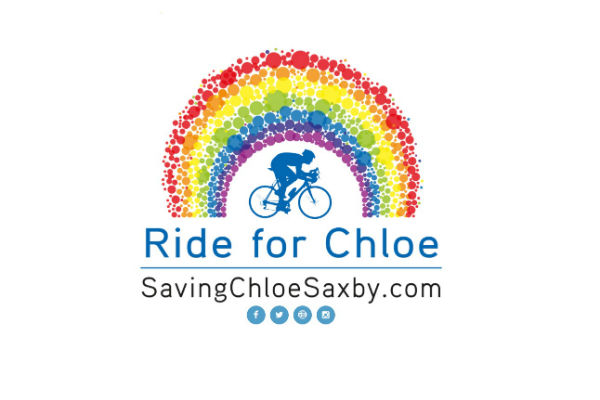 Ray spoke to Richard, who’s riding his bike from Melbourne to Wollongong to raise money for nine-year-old Chloe, who suffers from brain disease.

A nine-year-old girl suffering a rare brain disease will be the inspiration for 22 cyclists when they travel more than 1000 kilometres from Melbourne to Wollongong this month.

The journey will honour Chloe Saxby, who was just three years old when she was diagnosed with Vanishing White Matter Disease in 2012.

A degenerative brain illness, the rare disease has only been identified in seven cases in Australia and 200 worldwide.

While research is underway for a cure, the progress of recent breakthroughs has been hampered by a lack of funding.

Led by 22 cyclists, and Chloe’s father Grant Saxby, the Ride for Chloe journey is aiming to help raise over two million dollars to fund the purchase of specialised medical equipment and expand the small team undertaking research into a cure using Food and Drug Administration-approved compounds.

“It’s going to be a tough ride, as we are looking at doing over 150km a day, for six days” said Mr Saxby, who had not previously ridden a bicycle more than 20km before Ride for Chloe.

“Chloe is my source of inspiration and she will get me through. I would do anything for Chloe to have the chance to ride a bike or walk again”.

The birth of the ride begun when two riders from Melbourne, Richard Turner and Ged Walsh, previous strangers to the Saxby family came across Chloe’s plight on social media, and immediately wanted to help.

“We jumped straight on board their idea to bring together a larger team, which then turned into Ride for Chloe” said Grant.

“Our campaign to save Chloe has received phenomenal support from communities in NSW, VIC and beyond,” Mr Saxby said, pointing to Richard Turner and Ged Walsh who first contacted the family to propose the charity bicycle ride after seeing Chloe’s campaign on Facebook.

“The power of social media has been instrumental in helping us raise over $900,000 to date towards our goal of $2.6m. We couldn’t do this without the support from incredible people like Richard & Ged reaching out to us, wanting to help us in our fight to save our daughter” said Nyree Saxby, Chloe’s Mum.

Now nine, it has been almost six years since Chloe enjoyed the use of her legs. Confined to a wheelchair, Chloe has become increasingly fragile as a result of the disease, which will slowly paralyse her and rob her of the ability to talk, see, hear or eat.

Every day the Saxby family lives with the knowledge that Chloe’s life expectancy is likely between five and ten years from onset of the disease.

A total of 1000 kilometres, Ride for Chloe will commence in Melbourne on October 15, before finishing on October 20 in Chloe’s home town of Wollongong.

All 22 cyclists will ride in pink rainbow lycra to raise awareness and funds for a cure to Vanishing White Matter Disease.