Remember ‘the bearded lady’? Conchita Wurst is back and looks very different

In 2014, the world was taken by storm by ‘the bearded lady’, Conchita Wurst.

Also known as Thomas Neuwirth, he won the Eurovision Song Contest while dressed as a woman with a beard.

The song, Rise Like A Phoenix, became famous around the world, as did Conchita.

Now, six years after winning Eurovision, Thomas is in Australia to perform at the Sydney Gay and Lesbian Mardi Gras.

And he looks very different to Conchita, telling Deborah Knight about his transformation in the years since.

Thomas reveals how he came up with his new alias Wurst for a new album of electronic pop music, a far cry from the Eurovision power ballad.

And he talks about a series of shows he’s playing across Sydney, Brisbane and Melbourne as well as Australia’s chances at Eurovision 2020. 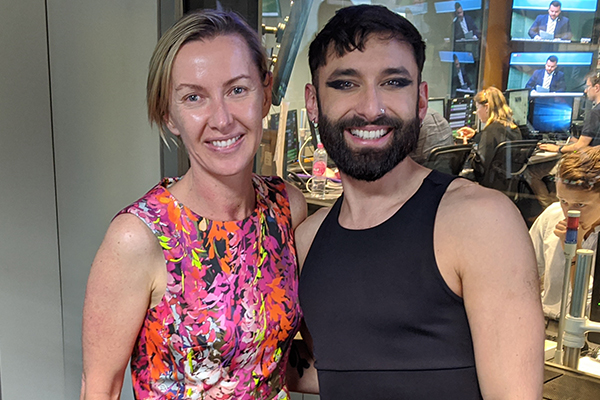