The Queensland government is being criticised for failing to provide the health advice that sees them defying the federal government and keeping children home from school.

QLD shadow education minister Jarrod Bleijie has written to Chief Health Officer Jeannette Young requesting a copy of the medical advice given to the state government. (See letter below)

Students in Queensland will continue to learn from home despite the Prime Minister’s advice children go back to school.

“You have the advice in front of you, you can release it! But she refuses to do so. 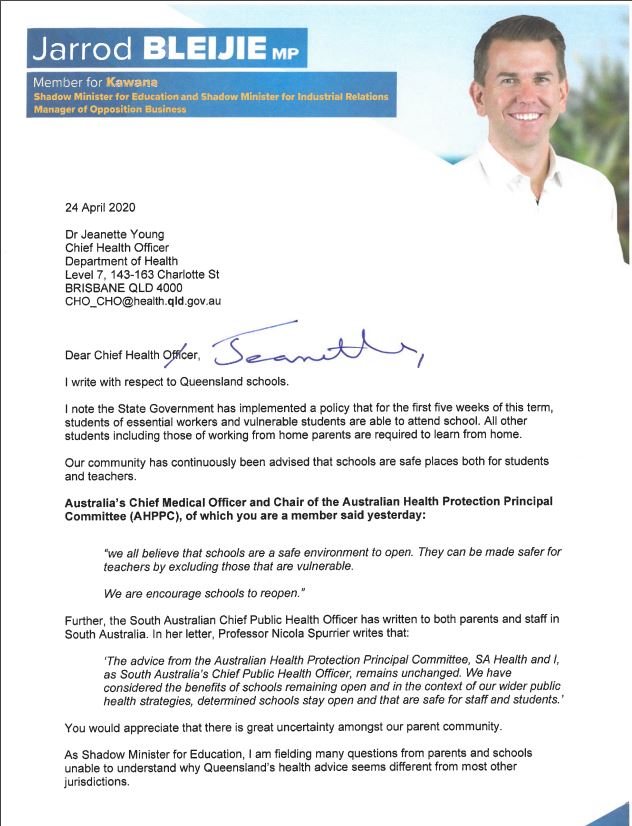 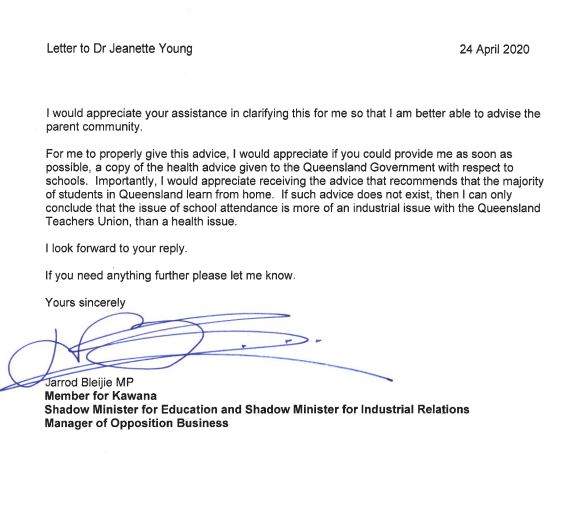