A south-west Sydney speech pathologist has asked clients not to attend face-to-face appointments for four weeks after receiving a COVID-19 vaccine.

Ray Hadley was bewildered to learn the details from a listener, whose granddaughter received speech pathology from Catherine Crestani at Gotcha Talking in Gledswood Hills.

Ms Crestani sent her clients an email, stating vaccines have the potential to cause a “‘super spread’, … “which will pose more of a threat than the current ‘pandemic’.” (See the full email below.)

“What sort of madness is this?” Ray said.

“She’s part of a … lunatic fringe, who believe doctors are giving us the vaccine to spread the [virus].”

“This sort of spread of misinformation can do no good whatsoever.”

Press PLAY below to hear Ray Hadley respond to the details

Ray has contacted Ms Crestani for comment, but is yet to receive a response. 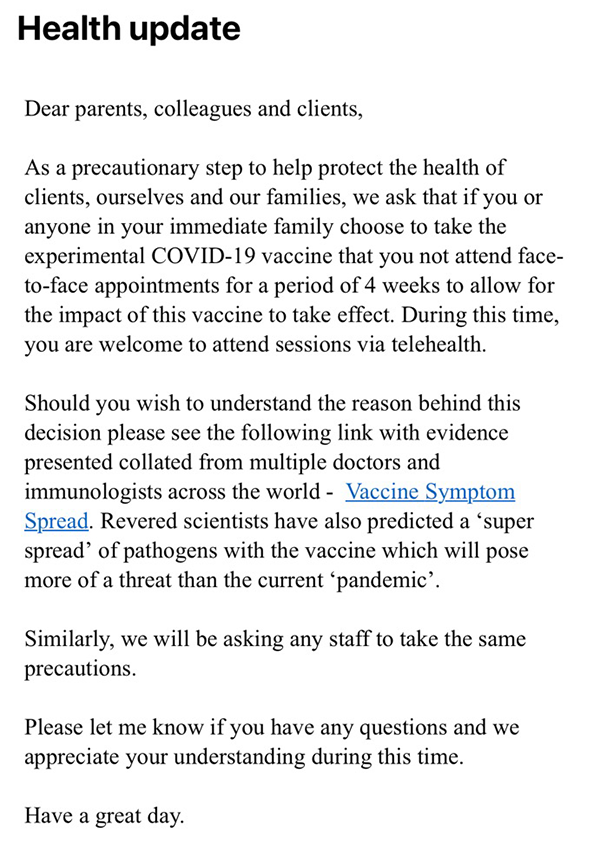