Ray Hadley has shared a treasured gift he received from his dear friend, the late Bob Fulton.

“There was a photo published, and I had no recollection of it, and it’s Bob talking to Jack [Gibson] with me in the background with a microphone and headset on,” Ray said.

Fulton gave Ray a framed print of the photo, accompanied by two engravings giving his friend a ribbing. 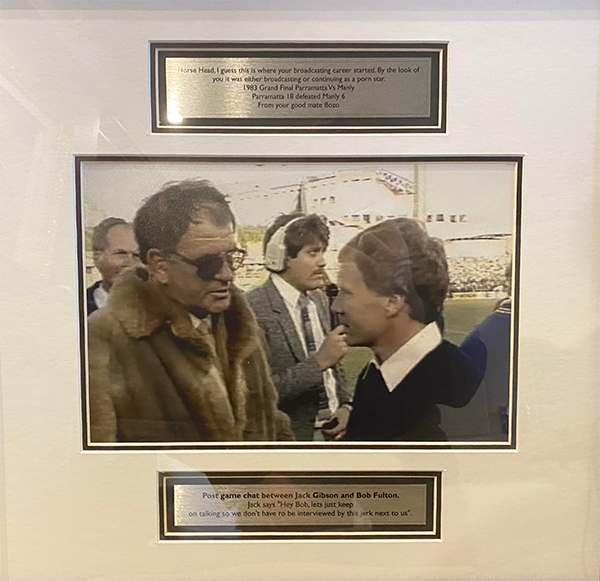 “That was the sense of humour I encountered,” Ray said.

“Four years later, after that photograph was taken, we started working together.”

Press PLAY below to hear Ray read his friend’s words