Ray Hadley relives his days aboard the lifesaver rescue helicopter

Ray Hadley has revealed his experiences aboard Sydney’s lifesaver rescue helicopter at the start of his career.

In the early 80s, Ray kickstarted his radio career by boarding the then Westpac-2UE rescue helicopter as the station’s traffic reporter.

One of Ray’s former colleagues, Surf Lifesaver pilot Dan Tyler, shared a photo he took of a young Ray Hadley on the job.

The new gig was a step up for Ray as an aspiring radio host.

“I said ‘of course I’ve been in a helicopter’.

“I don’t think I’d ever seen a helicopter, let alone been in one!” 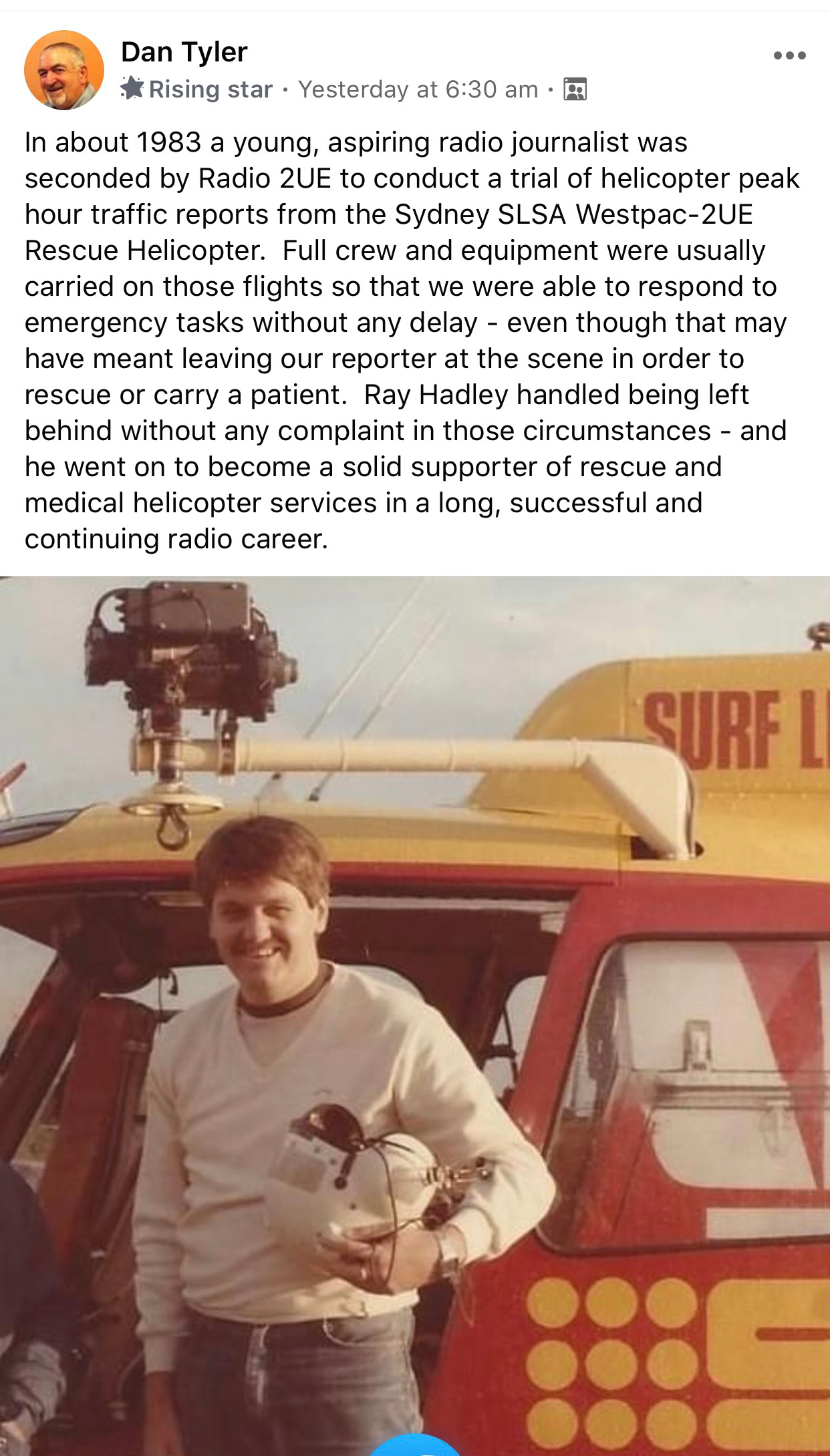 Ray recalled one of those incidents where he had been ‘left behind’ by the team, led by Mr Tyler, as they searched for a person missing in the Blue Mountains.

“The deal was that if I was on board, I had to understand that I’d have to be put off so they could do the rescue.