Buckingham Palace has broken its silence on Harry and Meghan’s Oprah interview.

Shortly before 4am, a statement was issued on behalf of Queen Elizabeth II.

In the bombshell interview, the Duchess of Sussex said a senior member of the royal family showed concern about how dark their child’s skin would be.

“So he cleared them publicly but never cleared his dad.” 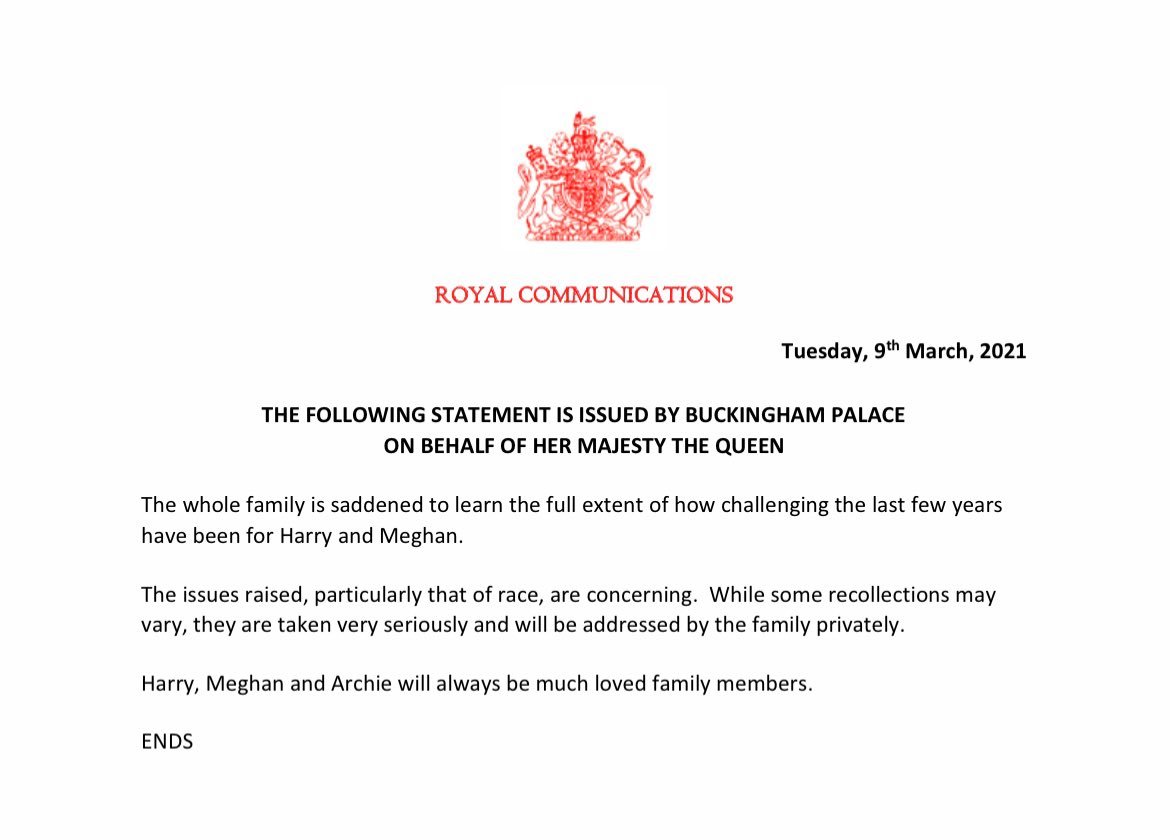