brisbane broncosbroncosWillie Carne
A number of Broncos legends have lamented being shut out from the club they represented with such distinction. One of those is winger Wille Carne, who didn’t miss when asked about the problems at Red Hill.
“People used to drive from Noosa to watch them play. They’re not even coming down anymore.
“Certain people at the club don’t want us to be involved.”
Carne feels the current crop of players are disconnected from the past. It’s a cultural problem that needs urgent fixing.
He then made the bold observation that the current Broncos hierarchy is insecure.
“They don’t want to know the truth. I think they’re a little bit insecure about us being around the place because we were successful.
“The one thing I do know is Kevin Walters was promised the job….it doesn’t make any sense. Whoever’s making those calls…. their jobs should be up for renewal as well.” 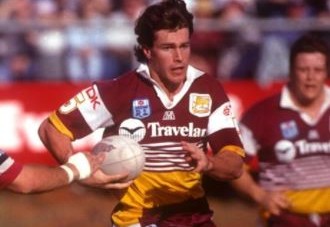