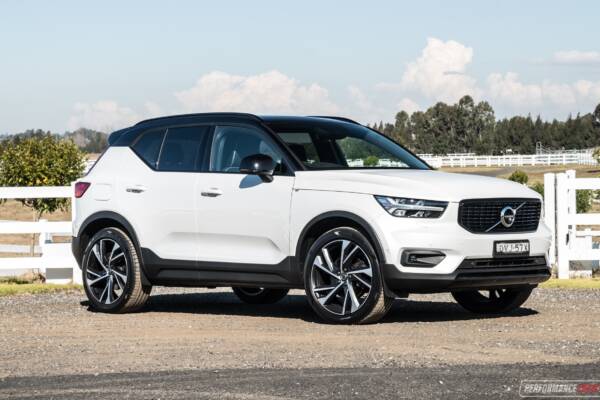 Driving Volvo’s compact premium SUV the XC40 –which is now Volvo Australia’s biggest selling model.  I test drove the XC40 T5 R-Design at $56,990, a 2.0-litre turbo petrol eight-speed automatic which offers a real point of difference.  The styling appealingly different, typically Scandinavian, while the interior is superb, just so functional with the second row seats slightly higher to the fronts. Clever storage areas too. On wet slippery roads the on-demand 4WD works well, only performance gripe was the stop/start feature which lacks smoothness and detracts from the overall polish of the vehicle.

This aside it’s a rewarding driver with nice torque, a great transmission and sensibly equipped with manual shift paddles. It’s no lightweight but feel solid on road, nicely built with quality finishes and clever touches here and there. And it offers much in active and passive safety and driver aids. The Volvo XC40 above all else offers nice cabin room whereas some of its competitors are tight in the rear by comparison – good luggage space too – you sit upright with good visibility with a central 9-inch iPad-style centre screen and a 12.3-inch screen in front of the driver with class leading instrumentation.

Its weight tells in economy and despite driving with economy in mind I could only manage 11.1L/100km against Volvo’s claimed 9.1L/100km.