Vivian Bullwinkel needs to be celebrated this ANZAC Day

Luke Grant is joined by Adjunct Professor Kylie Ward, CEO of the Australian College of Nursing, who calls for Vivian Bullwinkel to be celebrated this ANZAC Day for the incredible contribution she made to Australia’s way of life, much like many nurses and front-line staff are doing for the community in response to Coronavirus today.

In May 1941, Bullwinkel volunteered for the Australian Army Nursing Service (AANS) and sailed for Singapore, assigned to the 2/13th Australian General Hospital.

In February 1942, with 65 other nurses, she fled Singapore following an invasion by Japanese troops, however her ship, the SS Vyner Brooke, was sunk by Japanese aircraft two days later. Bullwinkel drifted for hours clinging to a lifeboat before she struggled ashore on Banka Island with other survivors.

When Japanese troops arrived, they corralled 22 nurses together and ordered them into the sea, where they machine-gunned them.

Sister Bullwinkel, badly wounded and feigning death, was the only survivor.

After a long while and as a sole survivor, Bullwinkel got back to the now empty beach. There she found a wounded British soldier from another massacre. They hid out for 12 days, and she cared for the man until he died.

Eventually, Vivian surrendered to the Japanese, but made no mention of the massacre. She was interned with other nurses and endured a further three years of hardship and brutality before her release enabled her to tell her harrowing story.

Bullwinkel served in Japan in 1946 and 1947 before resigning from the Army as Captain; she re-joined the Citizen Military Forces in 1955 and served until 1970, when she retired as Lieutenant Colonel. 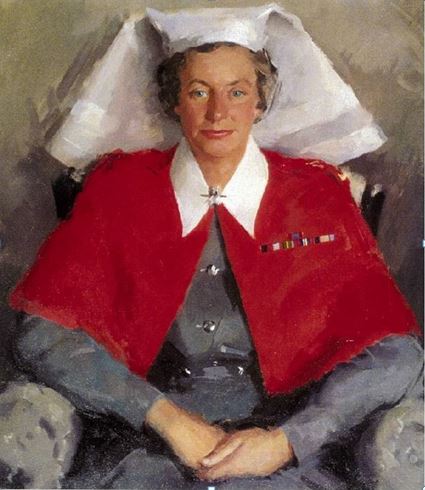