Michael is joined by David Widner, co-author of ‘Escaping Alcatraz: The Untold Story of the Greatest Prison Break in American History’ & nephew of escapees John & Clarence Anglin, for the 60th anniversary of the actual ‘escape from Alcatraz’.

By tucking papier-mâché heads resembling their own likenesses into their beds, the three broke out of the main prison building via an unused utility corridor.  They then departing the island aboard an improvised inflatable raft leaving numerous theories proposed by authorities, reporters, family members and amateur enthusiasts as to their fate.

In 1979 the FBI officially concluded, on the basis of circumstantial evidence and a preponderance of expert opinion that the men drowned in the frigid waters of San Francisco Bay before reaching the mainland.

However, the U.S. Marshals Service case file remains open & active with Morris and the Anglin brothers remaining on its wanted list.

Last week the agency released age-progressed photos of the three who would now be in their 90s, prompting new debate on whether the inmates managed to survive. 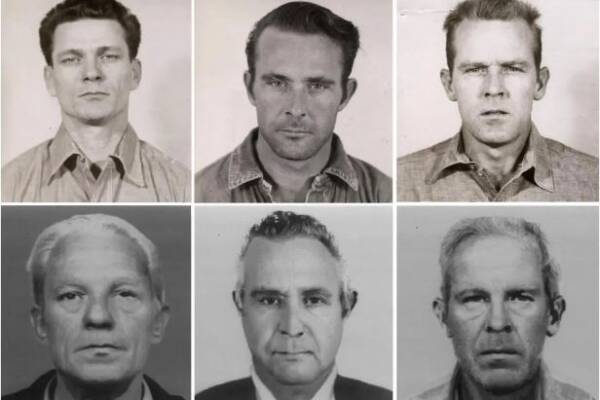