Two victims of the Vesuvius eruption discovered in Pompeii

Dr Estelle Lazer, Archaeologist & physical anthropologist from Sydney University, joins Michael regarding the skeletal remains of what are believed to have been a rich man and his male slave fleeing the volcanic eruption of Vesuvius nearly 2,000 years ago.

The partial skeletons were found during excavation of an elegant villa in Civita Giuliana, 700 metres north-west of the centre of ancient Pompeii, which was destroyed by the eruption in 79 AD.

Officials said the two men apparently escaped the initial fall of ash but were killed by a powerful volcanic blast that took place the following day. 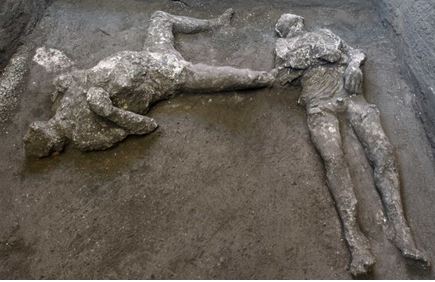