The woke elites have launched a Cultural Revolution

Michael is joined by U.K. columnist Brendan O’Neill, Editor of spiked and host of the spiked podcast, who writes that Britain is in the throes of a Cultural Revolution as statues are being tumbled, past art erased & people cancelled.

‘When a statue can’t be toppled, it is abused. Churchill’s monument in Westminster was spray-painted with the word ‘racist’. Even Abraham Lincoln, who fought a war to end slavery, did not escape the mob’s graffiti. Well, he’s a white man, thus evil.’

‘In Leeds, the statue of Queen Victoria was defaced, including with the spraying of pink paint on her breasts and crotch, bringing to mind the extra element of sexual humiliation – hair-cutting, the confiscation of clothes – that China’s Red Guards would visit upon women who dared to possess incorrect thoughts.’

‘How did this happen so fast? How did protests over the police killing of a black man in Minneapolis become a PC war on statues, street names, art and people judged to be suffering from wrongthink?’ 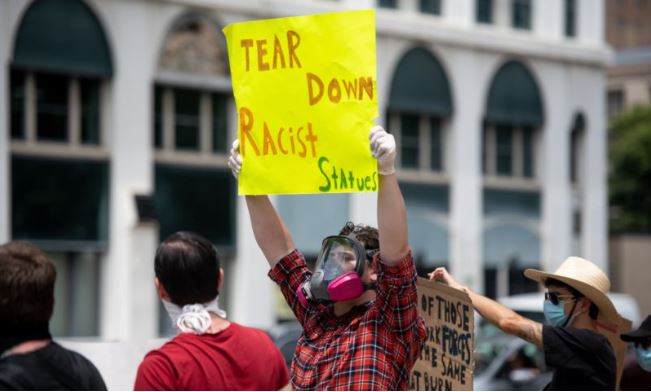