The first 3 Stooges short released on this day in 1934

Michael is joined by Michelle Squiccimara, the Outreach Coordinator of the Stoogeum in Pennsylvania U.S.A., on the anniversary of the Three Stooges first short film for Columbia Pictures, The Woman Haters, being released in 1934.

The Three Stooges were the American vaudeville and comedy team known for their physical farce and slapstick.

The act began in the early 1920s as part of a vaudeville comedy act billed as “Ted Healy and His Stooges”, consisting originally of Healy and Moe Howard.  Over time, they were joined by Moe’s brother, Shemp Howard and then Larry Fine.

The four appeared in one feature film, Soup to Nuts, before Shemp left to pursue a solo career being replaced by his and Moe’s younger brother, Jerome “Curly” Howard, in 1932.

Active from 1922 until 1970, the Three Stooges are best remembered for their comedy short subject films by Columbia Pictures beginning with Woman Haters in 1934 followed by a further 189 at the studio. 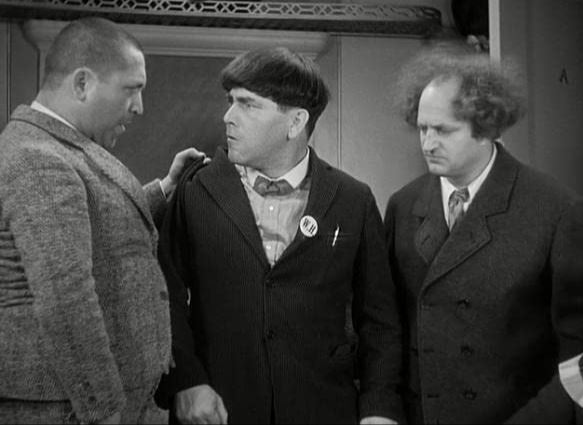