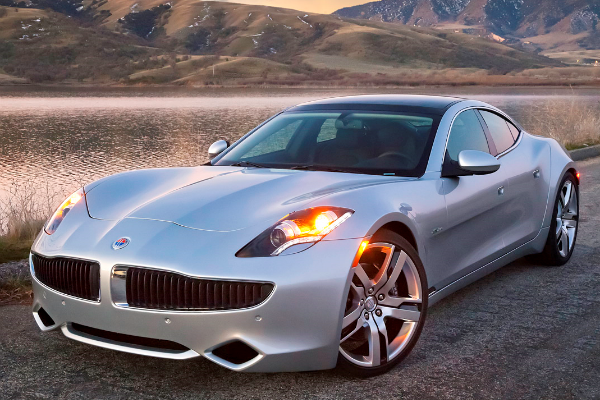 California electric car maker Fisker Inc has filed a patent for a new solid-state battery technology that it claims can produce up to 805 km of driving range and can be
recharged in just one minute. I studied the stunning Fisker Karma electric sedan at Pebble Beach Concours a few years back, fabulous in concept but a number of production
problems lead to financial instability and a Chinese takeover in 2014. It now claims its new battery technology will offer 2.5 times the density of lithium-ion batteries and hopes
to take them to market by 2023. Of course, until it features in real-world applications the solid-state Fisker battery remains a somewhat fanciful proposition. For me however
Fisker Automotive holds much promise – its development team includes the co-founder of a company that pioneered solid state battery technology before being bought out by
vacuum cleaner company Dyson. Dyson plans to join the Electric Vehicle movement soon and I reckon Sir James Dyson must know he’s on a winner. I’m David Berthon