Nick Cater, Executive Director of the Menzies Research Centre/Columnist with the Australian & Author of ‘The Lucky Culture’, joins Michael to discuss the life and legacy of Sir Robert Menzies who left office 55 years ago today.

He played a central role in the creation of the Liberal Party of Australia, defining its policies and its broad outreach and authorised Australia’s entry into World War II in September 1939.

In 1941, he spent four months in England to participate in meetings of Churchill’s war cabinet.   His appeal to the home and family, promoted via reassuring radio talks, matched the national mood as the economy grew and middle-class values prevailed.

Menzies won seven consecutive elections during his second term, eventually retiring as prime minister in January 1966 and was by far the longest-serving Prime Minister of Australia, in office for a combined total of 18 years, five months and 12 days.

His second period of 16 years, one month and seven days is by far the longest unbroken tenure in that office.

The Menzies era saw Australia become an increasingly affluent society, with average weekly earnings in 1965 50% higher in real terms than in 1945.

The increased prosperity enjoyed by most Australians during this period was accompanied by a general increase in leisure time, with the five-day workweek becoming the norm by the mid-Sixties, together with three weeks of paid annual leave. 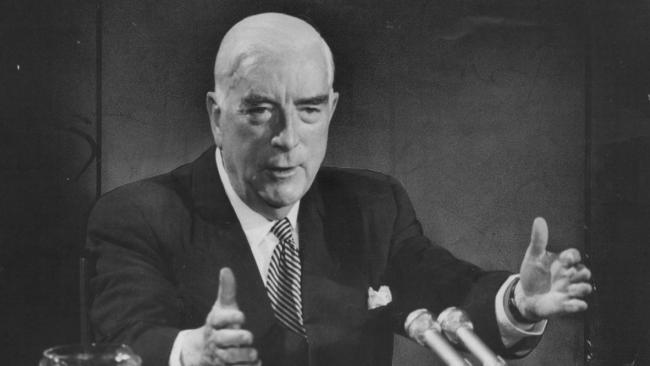