4BC’s Ray Hadley has urged all Australians to accept and respect the results of the same-sex marriage postal survey.

Ray was on-air for the announcement that the ‘Yes’ vote was passed by 61.6% of respondents and had this message for those opposing marriage equality.

“The one thing I would say to people, and there are a lot of them out there who voted no. This is the will of the people. This is where we live, we live in a democracy and the will of the people is, of the respondents, and it’s quit a remarkable turnout when you think about it, is yes we should allow same-sex marriage.

“The next step will be to offer protection to people who don’t agree with that decision in relation to how they conduct their business or their religious affairs and there must be some protection offered to those people.

“But I would ask everyone that listens to this program, and I hope it’s all of you, accept the will of the people.

“I have not through any of this debate suggested you should vote yes or vote no. It’s a very personal and private matter depending on your circumstances but it is obvious that the overwhelming majority of respondents, and we are talking about 12.7 million Australians and 7.8 million of them said yes.

“So I hope we don’t see complaints and whingeing and whining. It was a free vote, it’s been carried. We need to get on with our lives and accommodate that vote.”

Click HERE to listen to the official announcement of the results.

Click HERE for detailed statistics on how Australia voted. 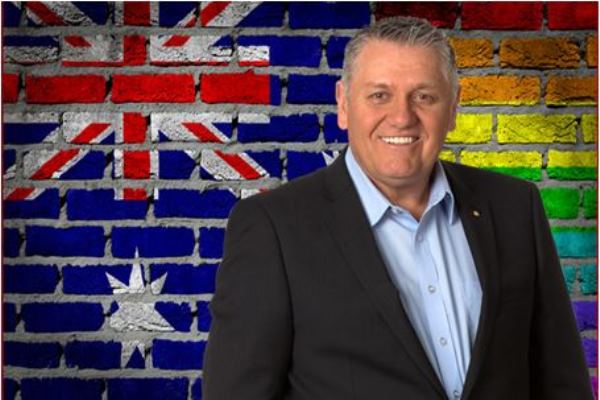