Premier’s career in tatters though not accused of anything

Michael is joined by Chris Merritt, Legal Affairs Editor The Australian Newspaper & vice-president of the Rule of Law Institute of Australia, to discuss his opinion piece that points out that even though Gladys Berejiklian has not been accused of anything, her political career is in tatters.

Mr Merritt writes, ‘For Australians, the rule of law is a birthright of incalculable value. Yet what has just happened to Gladys Berejiklian means the nation’s oldest state has lost sight of what this doctrine is all about.’

‘Berejiklian is resigning as NSW Premier not because she is corrupt but because this state has undermined the rule of law and established a parallel system of rough justice, in which the presumption of innocence and equality before the law count for nothing.’

‘The unchecked power of that parallel system can be gauged from the fact that the nation’s most successful premier has been forced from office because an over-mighty institution, the Independent Commission Against Corruption, merely issued a press release.’ 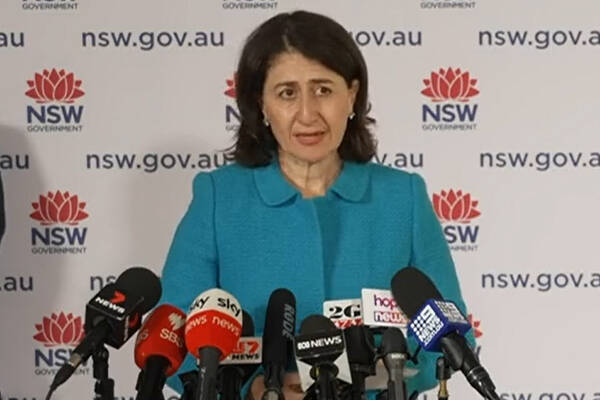