Positive DNA match made for the “Unknown Sailor”

Following news that there has been a positive DNA match made for the “Unknown Sailor”, the only sailor recovered from HMAS Sydney sunk off the West Australian coast with the loss of 645 lives during the Second World War, Michael speaks with Ian McPhedran, former national defence writer for News Limited & Author of ‘Where Soldiers Lie – The Quest to Find Australia’s Missing War Dead’, who has written extensively about the sinking of the HMAS Sydney.

The decomposed body of the ‘Unknown Sailor’ was found in a Carley float at Christmas Island in February 1942, three months after the ship was lost.  The body was recovered from an unmarked grave on Christmas Island and re-buried at Geraldton in WA on the anniversary of the sinking on November 9 in 2008.

Over thirty five thousand Australian soldiers and airmen are still listed as Missing In Action from the wars of the 20th Century.

Mr McPhedran’s book tells the moving story of the determination and skill of the searchers who apply old-fashioned detective work and cutting-edge science to solve the mysteries of the missing and bring peace of mind and solace to their families and to all those who serve. 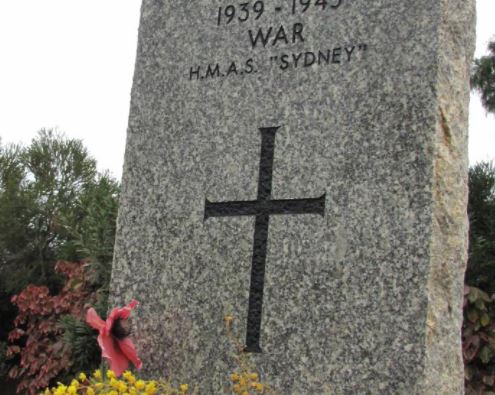