With his government in chaos, Malcolm Turnbull has gone into campaign mode to help ousted deputy Barnaby Joyce.

The Prime Minister shunned the glitz and glamour of Flemington on Melbourne Cup day, instead heading to the Tamworth Races.

“In the old days people would go up to politicians and make a point… these guys were mobbed with people taking selfies.”

Barnaby Joyce called in the reinforcements ahead of the December 2 by-election in his seat of New England, brought on as a result of the dual citizenship scandal.

But Clennell believes the Prime Minister had another reason for avoiding ‘the race that stops the nation’.

“He was avoiding press and it shows he’s under siege and is really feeling the pinch.”

With the potential for more politicians to face challenges, Clennell says there’s no end in sight for the government’s turmoil.

“It’s all leading to several by-elections which the public won’t cop or a House of Representatives election… the government’s not going to be able to get a message out.”

FOR MORE ON THE BY-ELECTION AND SYDNEY’S STADIUM MESS, LISTEN TO THE FULL INTERVIEW 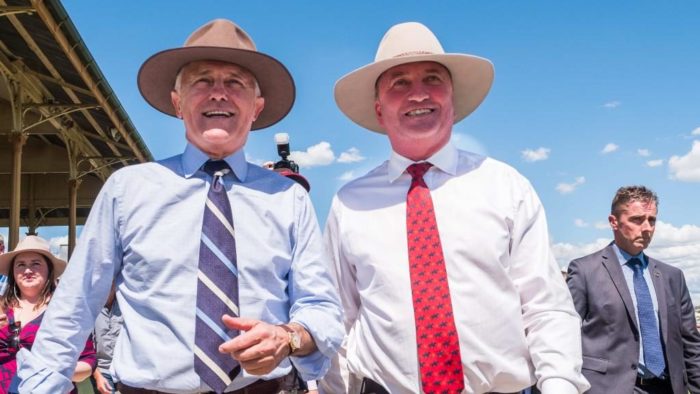