The NRL is under fire after match officials missed an act of foul play in Parramatta’s 31-18 win over the Roosters.

Roosters 5/8 Drew Hutchison was seen screaming in pain after he was kneed in the back by Dylan Brown.

Hutchison was taken to hospital with a punctured lung.

The move was not picked up by the on-field referee or the Bunker.

Officials later corrected the error and placed Brown on report during the half time break.

The Roosters did not benefit from the NRL’s new 18th man rule for acts of foul play.

He says the league is admitting it was a poor call.

“I’ve had some messages from NRL officials tonight.

“They’ve privately conceded it was the wrong call. Expect to hear more of this tomorrow,” he told Clinton. 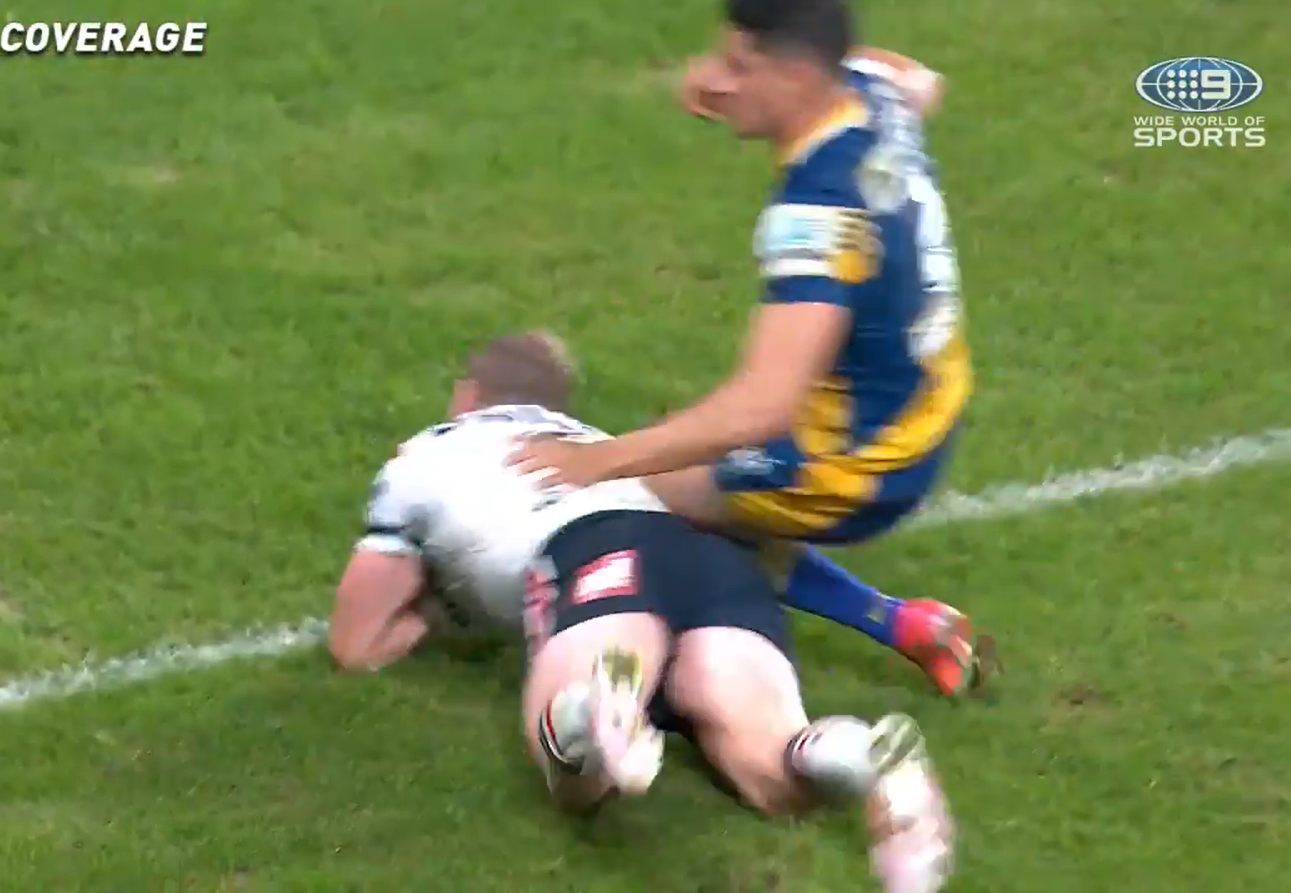