Senator Jim Molan says the West’s inability to move quickly in the South China Sea has seen us lose control of the contested region.

America has today accused Beijing of  “intimidating” and “coercing” others in the region by putting various missiles on their man-made islands. The US Defence Secretary has vowed to take more punitive steps if China’s militarisation continues.

But Senator Molan thinks the ship has already sailed.

“Short of all-out war, we have lost control of the South China Sea,” he tells Luke Grant.

“The status quo powers like America are being so solidly challenged by the upcoming power of China. That’s going to be a real challenge for us into the future, particularly for Australia.”

It is thought the West’s apathetic and delayed approach to combating Chinese hegemony might be to blame, as Beijing’s interference picks up momentum.

“Too often, the West is reluctant to engage in such challenges very early on. I admit there is great risks in doing so. But the risks are many times more by not challenging the attacks on the status quo and the rule of law.”

“There is a very great risk if we do nothing.” 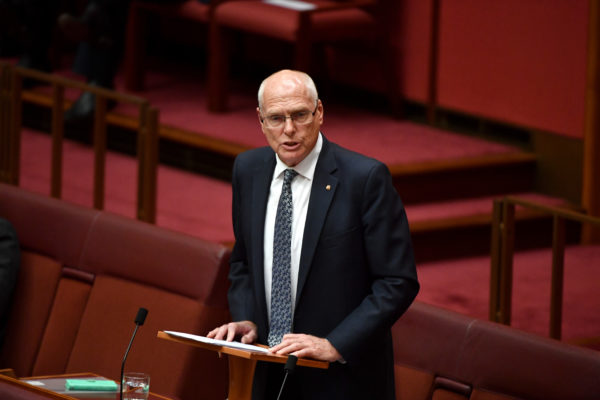