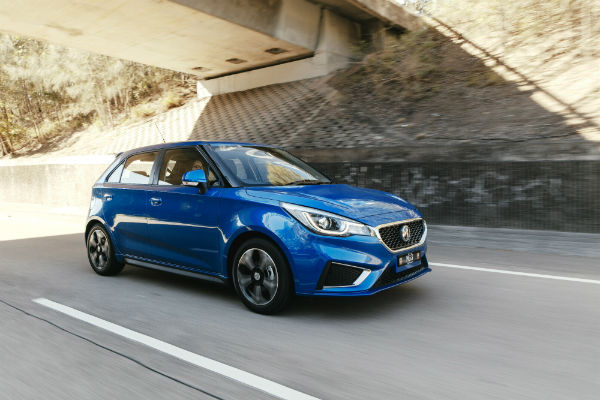 MG, once Britain’s best known sports car maker, was purchased by the Chinese some years ago. A proud British brand with a strong reputation and a history stretching dating back to 1924. Now
owned by the giant Chinese SAIC Motor Group MG is on the march again – MG Motor Australia expanding the brand across Australia – now with 21 dealerships and as I reported several months
back offering a value packed small SUV the ZS Essence at a sharp $25,490 drive-away – a 1.0-litre three cylinder six-speed automatic that looks like it was built by Mazda and which is up with some of the best SUV’s in its class. But the focus today is the revamped small MG hatchback range – the 1.5-litre MG3 just released in new automatic variants – the MG3 Core at $15,990 drive-away and the better equipped Excite model at $17,490 drive-away. Both now get a 7-year/unlimited kilometre warranty and more specification. More next segment I’m David Berthon