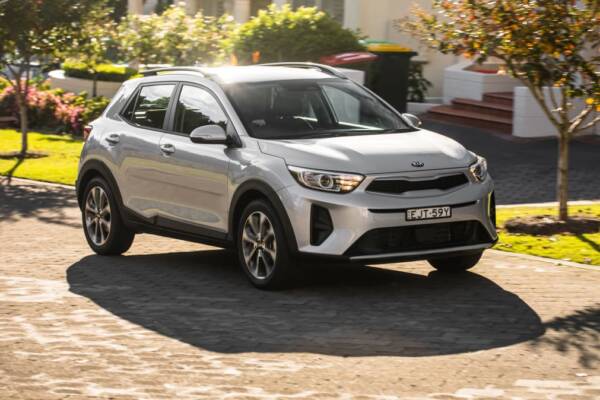 It arrived in a light SUV segment that was dominated by Mazda’s CX-3, however in the last few months its quickly overtaken the Mazda in sales and is now a close second to Toyota’s relatively new Yaris Cross. However, the Kia Stonic is far better looking to the Toyota.

The flagship Stonic GT-line gets a 1.0-litre three-cylinder turbo engine mated to a seven-speed dual clutch automatic priced at $30,490 drive-away. Having enthused over the GT-line earlier in the year I recently tested the mid-spec 1.4-litre Stonic Sport with a non-turbo 74kW four-cylinder engine and came away unimpressed – the engine lacking torque makes the transmission dance up and down the gear ratios at the slightest hint of a heavy throttle.