Laurence ‘Larry’ Foley was born in 1849 near Bathurst and at fourteen he went to Wollongong as a servant to a priest and almost entered the priesthood himself, but changed his mind at seventeen, moved to Sydney and became a builder’s labourer.

Due to his success as a boxing champion and internationally acclaimed instructor, and for introducing his country to the modern Queensberry Rules, he is often referred to as the “Father of Australian Boxing”. 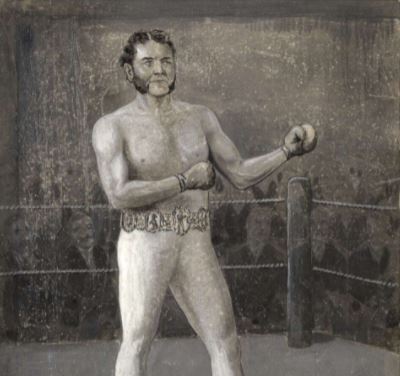