This week Jim shines the spotlight on John Knatchbull – who pleaded insanity.

Captain John Knatchbull (bapt. 24 January 1793 – 13 February 1844) was an English naval captain and convict found guilty of murder in 1844.  He was one of the earliest to raise in a British court the plea of moral insanity, though being unsuccessful.

One of the biggest events in 1840s Sydney was the hanging of the nobly born criminal Knatchbull on 13 February 1844 where 10,000 people witnessed the execution outside the gates of the three-year-old Darlinghurst Gaol. 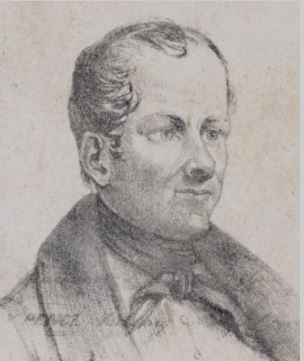