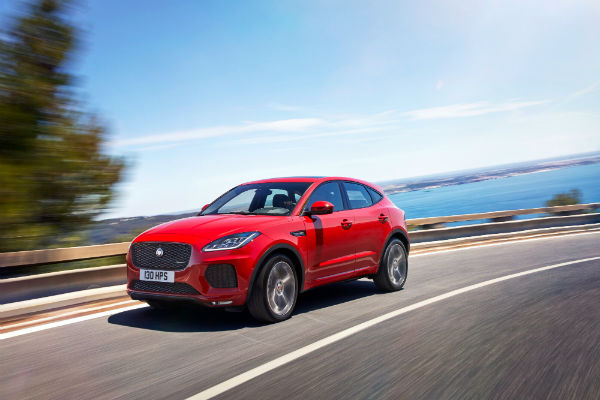 Jaguar got off to a rather slow start this year – sales in the last two months down 45 percent –its XE sedan, its big seller in 2016 down 64 per cent, and its big seller last year, the F-Pace SUV down 38 percent. All is about to change with the launch this week of its new smaller E-Pace SUV – a Jaguar with huge pent-up demand and no less than 38 variants with prices running from $48,000 to $84,000 and a choice of three Jaguar Ingenium turbo diesel four cylinder engines – 110kW, 132kW and 177kW. Plus two turbo petrol, 183kW and 221kW. The five-seat Jaguar E-Pace also features nine-speed automatic transmission and a choice of front-wheel- drive and all-wheel- drive. Extremely good looking the compact Jaguar E-Pace has a local five-star ANCAP safety rating, comes with a full suite of airbags and safety systems including autonomous emergency braking with pedestrian detection and lane departure warning. The E-Pace should really lift Jaguar’s market position. It’s been quite a week for Jaguar – at Geneva Motor Show last week it previewed it’s all new I-Pace electric SUV due here in October. The highly developed mid-sized I-Pace will start in base form at $119,000 with a pair of Jaguar designed electric motors, one for each axle. Power output from this pair 294kW with a massive 700 Nm of torque, charging the battery from zero to 80 per cent can take just 40 minutes through a 100kW DC fast charger while a regular home charger will take ten hours. I’m David Berthon