Michael is joined by Cory Bernardi, Former Senator for South Australia, regarding President Donald Trump’s claims of voting fraud during the U.S. election.

Attorney General Willaim Barr has authorised federal prosecutors across the country to pursue “substantial allegations” of voting irregularities, if they exist, before the 2020 presidential race is certified.

Trump has not conceded the election and is instead claiming that there has been a widespread, multi-state conspiracy by Democrats to skew the vote tally in Biden’s favour. 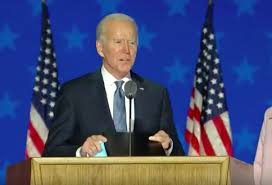